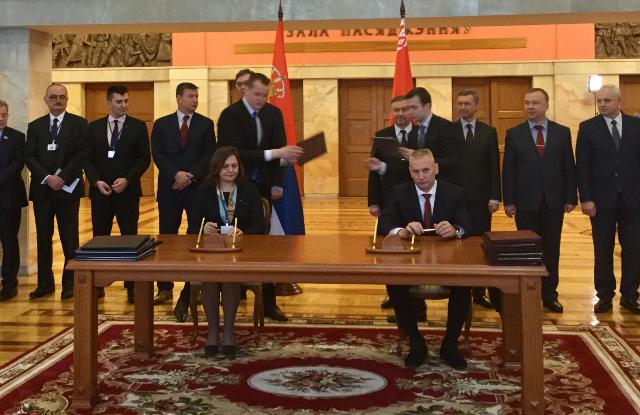 The Belarus tour operators will attend the Tourism Fair in Belgrade, while arrangements for liberalization of visa regime are planned.

The program of cooperation in the fields of physical culture and sports between the Ministry of Youth and Sport of the Republic of Serbia and the Ministry of Sport and Tourism of the Republic of Belarus for 2017-2018 should improve cooperation, and includes a calendar of specific sports events and competitions, which will later this year and in 2018 be organised in Serbia and Belarus, and where the expected participation of athletes and teams of both sides.

Serbian towns of Smederevo, Valjevo and Sremska Mitrovica signed agreements on cooperation with the Belarus towns Zlobin, Maladzyechna and Polotsk.