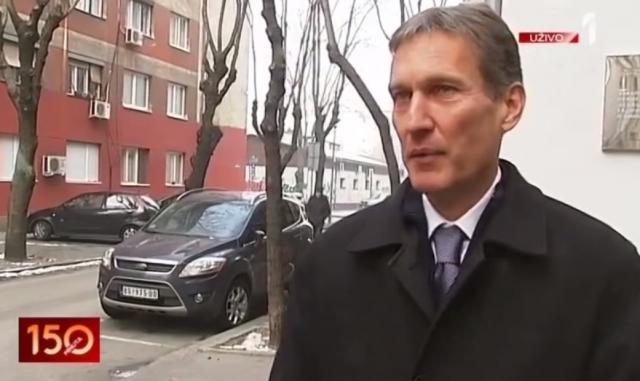 He also told Prva TV broadcaster on Monday that he is "more than satisfied with his professional, but also his housing status."

Vuksanovic said he still lived in the Crveni Krst neighborhood of Belgrade where he grew up, and that he wouldn't trade his apartment there "for five villas in Dedinje, or in Beverly Hills."

"I'm not starving, unshaven, and I don't sleep in parks with my backpack and dressed in a thin jacket. I'm not freezing, and each morning I follow (Belgrade medical emergency service spokeswoman) Nada Macura's advice and dress in layers," said Vuksanovic.

This reaction came after Belgrade-based daily Kurir ran a story on its front page claiming that the former high ranking official was recently "found in a Belgrade park, freezing and starving, unshaven and dressed in a thin jacket."

The tabloid also said that Vuksanovic's divorce had left him "destitute."

Vuksanovic, who graduated from the Faculty of Philology and holds two doctorate degrees now teaches sociology and communications at a private university. He says he loves his students - and that this is a feeling they reciprocate - and cannot understand why this the story has emerged.

"I used to be a journalist and my teacher Aleksandar Tijanic used to say, 'Just tell me which newspaper ran the article, and I'll tell you who ordered it'," he said, adding that he had no plans to sue the media who published this "news" about him.

Vuksanovic served as minister of education and sport in a government led by Vojislav Kostunica. He was a member of the DS until 2000, and then for a short time of the People's Democratic Party, to join the DSS in 2004 and stay there until the end of his political career.