Chairman of the Council of Ministers of Bosnia-Herzegovina Denis Zvizdic is meeting Serbian Prime Minister Aleksandar Vucic in Belgrade on Monday. 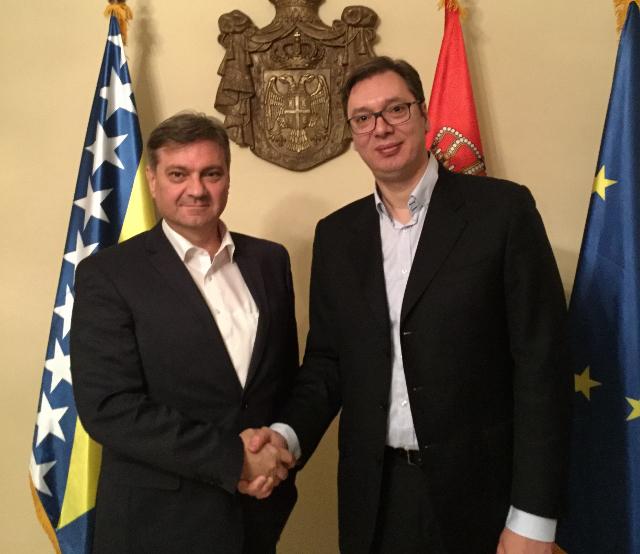 Zvizdic and Vucic are seen in Belgrade on Sunday (Tanjug)

Zvizdic and Vucic had an informal dinner on Sunday.

Ahead of the visit, Vucic said that the Serbs and Bosniaks (Bosnian Muslims) "mitst agree as to how to work together in the future, and that the most important thing was to resolve issues in a dialog, because that was the only way to expand cooperation to the economy, education and culture."

Zvizdic expects his visit to Belgrade to contribute to "good neighborly relations and the reconciliation process, in order to pave the way to a better future for all of the citizens of Bosnia and Serbia."

Zvizdic said that he would discuss economic topics and joint infrastructure projects with Vucic, but also "other social and political issues, that are important at this point."