"I'll step down as PM if we lose presidential bid" - Vucic

Aleksandar Vucic says a defeat of his ruling SNS party's candidate in the upcoming presidential elections would mean his stepping down as head of government. 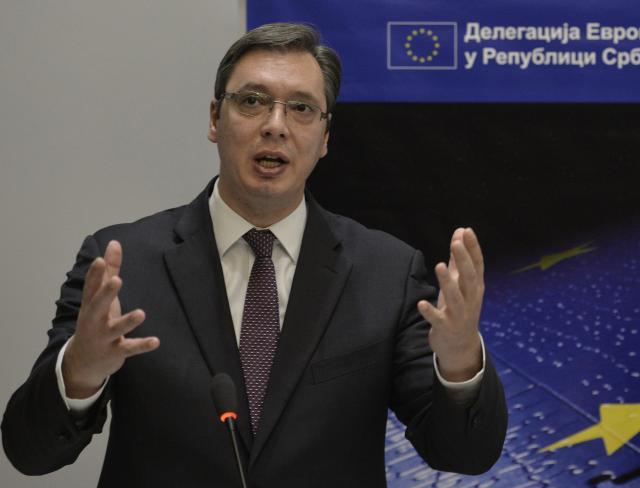 "There's no doubt that a defeat in the presidential elections doesn't have to mean the departure of all ministers of a change in the structure of the parties participating in the government, but it would certainly mean my departure," the prime minister, who is currently visiting India, said on Wednesday.

Vucic earlier described the presidential elections, that should take place in the spring, as "a question of Serbia choosing which path to take in the future."

According to him, if one of the candidates "who have already won" - i.e., Sasa Jankovic, Vuk Jeremic, or Vojislav Seselj - in fact won the presidency, "that would have serious consequences for the future."

"That (would) mean that people want a change of policy and that they think what we are doing is not good. I don't think that's the case, I think such a thing would be disastrous, but I'd never go into the will of the people," said the prime minister.

A "cohabitation," he continued, would allow such a president to "nag every day."

"While the government is working, that somebody would sit - and (President Tomislav) Nikolic never did that - and nag every day. They'd have all the rights, and no obligations. I ask you, what have those who criticize done? We need somebody to work with the government, I don't want to take part in tormenting the country," Vucic said.