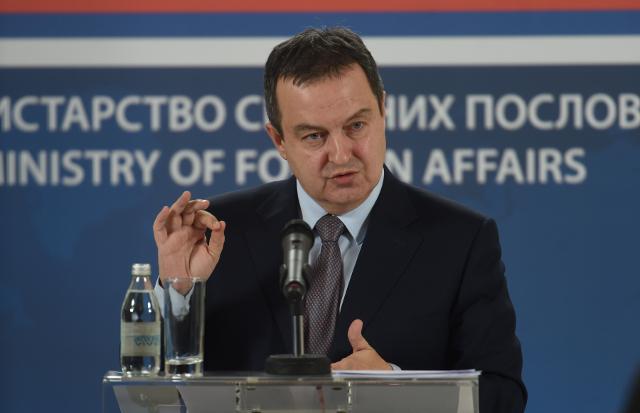 The first deputy PM and foreign minister also believes the country will be ready to open more than ten chapters in 2017.

Speaking at his annual press conference on Friday in Belgrade, Dacic said Serbia could also open Chapter 20, on entrepreneurship, and Chapter 29, on the customs union, during Malta's EU presidency.

He said there had been no discussions about Chapter 31 on the common foreign and security policy and that it was usually opened towards the end of the accession process.

"That day is not so near for Serbia," Dacic said.

Voicing dissatisfaction with the pace of the opening of chapters, Dacic said Croatia had on several occasion vetoed the process without arguments.

"We want to proceed towards the EU, but Serbia will not allow humiliations and conditions," he said.