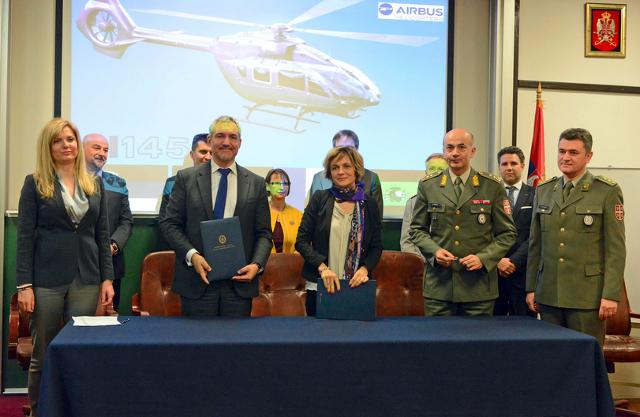 A contract to this effect was signed in Belgrade by the company and the Serbian ministries of defense and internal affairs.

The helicopters, described as "latest generation," will be used by Serbia's army and police to carry out "the most demanding missions - transport, search and rescue, combat, medical evacuations, surveillance and reconnaissance," a statement quoted by Beta said.

The contract, whose value has not been disclosed, covers the nine helicopters and "a package of spare parts, tools and documentation, but also transfer of technology to maintain the craft."

It has also been agreed to provide equipment, training and certification to the Aviation Institute Moma Stanojlovic in Batajnica as the maintenance center for Gazelle helicopters, and to include the institute into the Airbus Helicopters repair network.

The signing on Thursday was also attended by representative of Airbus Group, and France's and Germany's ambassadors in Belgrade.