Dodik: If you think Trump invitation can be bought - do it

RS President Milorad Dodik has denied the claims that he paid USD 10,000 to attend the inauguration of new U.S. President Donald Trump. 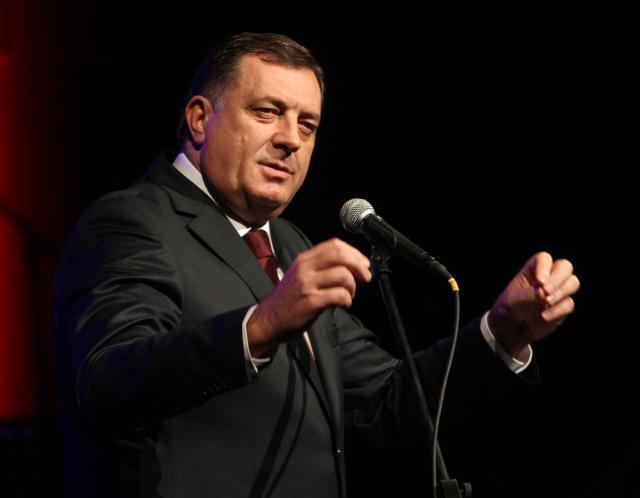 Dodik added that he received the invitation from his friends who were in Trump's campaign team.

"I received the invitation to attend the ceremony of the taking of the oath of office of the new U.S. president, my accreditation is waiting for me in Washington. I have a seat in the seventh row. I was also invited to attend the Presidential Ball, where Donald Trump will be present. Unless the outgoing administration in Washington denies me a visa, I will be at the inauguration," said the leader of the Serb entity (RS) in Bosnia-Herzegovina.

Previously, Minister of Foreign Affairs of Bosnia-Herzegovina Igor Crnadak said that Dodik "received no official invitation from the U.S. administration," adding that the news was "launched because numerous workers and other budget users recently protested against the government over wage cuts."

Dodik said that the invitation came from people who were in the Trump election headquarters and who are now in his closest circle - "and who have the right to invite who they want."

"If someone thinks this can be paid for, they should go ahead and do it... If I get a visa, I'll go, if not, I'll wait until the new administration officially takes office, and then I expect all obstacles to my travel to America to be removed," he said.

Dodik also commented on a recent statement made by High International Representative for Bosnia-Herzegovina Valentin Inzko, who told an Austrian daily that "the Serbs are unnecessary rejoicing Trump's victory" - because his wife Melania, who is of Slovenian origin, "remembers the JNA (Yugoslav People's Army)," and moreover, remembers "who attacked Bosnia-Herzegovina."

Dodik described Inzko as "a showman" who is in the service of the Muslim policy.

"He will do anything to ingratiate himself to the Muslims, because otherwise he'll have to go and leave behind a monthly salary of 25,000 euros. Inzko is presenting pathological lies, from the Security Council to the media. As far as we're concerned, he is more of a courtesan than a serious factor in Bosnia-Herzegovina," said Dodik.