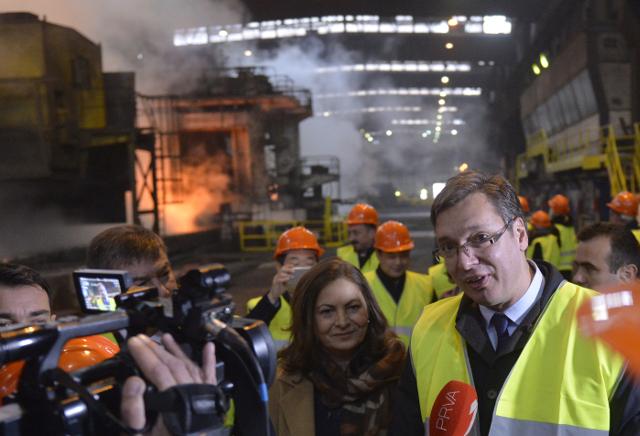 The Serbian PM made the comment as he met with the plant's workers and management on Thursday.

"This is an image of a very beautiful, powerful Serbia, which shows we can work differently and better," said Vucic, who took a tour of the plant with Hesteel President Yu Yong and Chinese Ambassador Li Manchang.

The Serbian government and the Hesteel Group signed in April a 46 mln euro sales and purchase agreement on the company's acquisition of the plant.

The collaboration with Hesteel is the "deal of the decade, which brought a turnaround in the Serbian economy," Vucic said.

Vucic noted he was proud that a visa-free regime with China was taking effect on January 1.