Kosovo PM Isa Mustafa was on Friday smuggled into northern Kosovo by NATO along a migrant route, Marko Djuric said late on Friday. 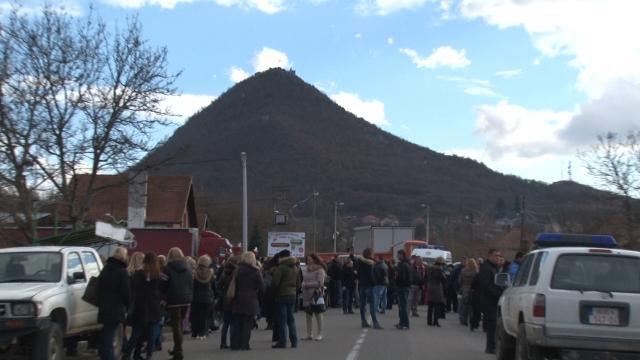 The Serbs do not want Mustafa in northern Kosovo, which they demonstrated by putting up roadblocks, the head of the Serbian Government's Office for Kosovo and Metohija said.

"He went through a forest and Albanian villages to cause destabilization, insecurity and possibly provoke a violent reaction from our population in that part of Kosovo and Metohija," Djuric said of the Kosovo prime minister.

The fact that Mustafa was accompanied by people who included "the so-called Kosovo security force minister Devoli" speaks the most about his intentions, he said.

This is also a violation of the obligations of international security presence in northern Kosovo and Metohija as KFOR and NATO must not allow representatives of the so-called Kosovo security forces into northern Kosovo, Djuric said.

KFOR's biggest investment in Kosovo, a new bridge over the Bistrica River worth EUR 400,000, was open to traffic on Friday.

In an attempt to prevent Kosovo PM Isa Mustafa from attending the ceremony in northern Kosovo, Serbs blocked the Pristina-Raska road near the town of Zvecan earlier in the day.

However, all invited officials, including Mustafa, managed to reach the site by using "alternative roads" and attend the opening of the bridge, the construction of which was financed by NATO countries.

A statement issued by the office of Kosovska Mitrovica Mayor Goran Rakic later in the day said that Serbs in northern Kosovo had decided to "end all communication and cooperation with KFOR until further notice."

Their political representatives condemned in strongest terms "the instrumentalization of KFOR," the statement said, adding that the NATO troops "played the role of Mustafa's political sponsor during his unannounced stay in the north of the province."

"The visit happened contrary to the wishes of the residents northern Kosovo and Metohija and we do not see it as a demonstration of Mustafa's might, because if he was truly mighty he would not need armed international escort; instead we see it as KFOR's provocative military-political maneuver whose goal is to undermine the process of normalization, and cause fear and uncertainty among Serbs north of the Ibar (River)," the statement said.

It added that representatives of Serbs from Kosovska Mitrovica, Zvecan, Zubin Potok and Leposavic think that KFOR has with this "crossed the thin line that separates peacekeepers from occupiers" as it acted as "a factor of destabilization rather than serve the purpose of stabilizing the circumstances in Kosovo and Metohija."