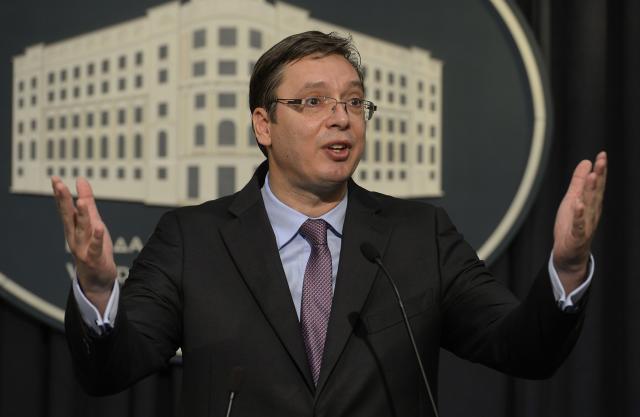 "What Albanian municipalities, these are games small kids play, they thought they were really tough... That's a story for their voters. And what is this Omnia doing? Printing flags and pens," Vucic said, when asked for a comment during his news conference

with the leader of Greece's New Democracy, Kyriakos Mitsotakis.

When you have nothing to offer to the people, the Serbian prime minister continued, economic growth and serious reforms, "then you tell children's tales."

"And I'm asking you, what changed yesterday and today, in Presevo? Have they separated from Serbia? I wouldn't say so. So, let the kids play, if that makes it easier for them... I haven't lost much sleep," Vucic said.

However, the prime minister then remarked that "in a psychological sense this could be partially dangerous" - because, as he explained, "it might seem to some people that they have done something big, and on the other hand it certainly doesn't contribute to better relations in the Western Balkans."