SNP leader Nenad Popovic, whose party is a member of the ruling coalition, has called on the Serbian government to terminate the Brussels agreement. 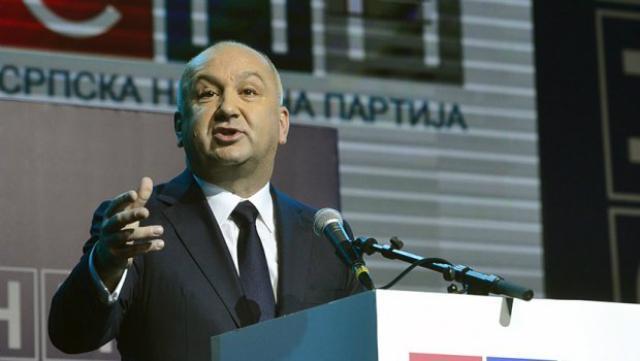 He also urged the government to launch a wide-ranging diplomatic initiative in order to remove the issue of Kosovo from EU's jurisdiction and return it to that of the UN Security Council, "where Serbia enjoys the principled support of Russia and China."

In a statement carried on Monday by the Beta agency, Popovic assessed that the geopolitical situation in the world was changing, and - "at last, in favor of Serbia."

"Donald Trump's victory in the U.S. presidential elections, Brexit, as well as announcements of new referendums in European states who wish to leave the EU, along with Russia's economic and military strengthening, point out that geopolitical circumstances in the world are changing in favor of Serbia's national interests," Popovic said.

According to the SNP leader, "those who supported terrorists and (human) organ traffickers, and who stood for the independence of the fake state of Kosovo, have never been weaker."

"Serbia must no longer suffer the humiliation by Brussels and Albanian terrorists and should instead terminate the Brussels agreement, that is being implemented the whole time to the detriment of the Serbian national interests. Now is a historic moment for that, and as a state and a nation, we must seize it," Popovic concluded.