President Tomislav Nikolic has told the Belgrade media that he will officially invite the newly elected U.S. president, Donald Trump, to visit Serbia. 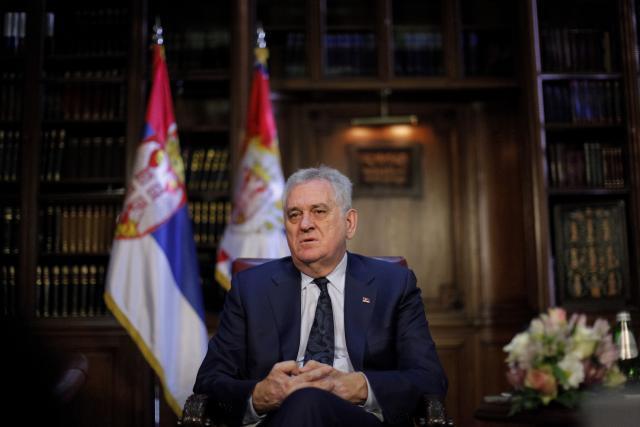 Nikolic said he expected that "after these changes," Serbia and other countries in the region would be treated equally.

He added that Trump will receive the invitation in next few months, via the U.S. ambassador Belgrade.

"Trump has his own priorities and I am sure that he will come when I invite him. Trump is likely to first visit strategic partners. Our turn will come, too," said Nikolic.

He also stated that the U.S. president-elect is "sure to receive such, at this time, courteous invitations from 100 countries."

"All that matters is that he turns some of his campaign rhetoric into deeds, so that the world under the influence of the United States can change. Trump will accept the invitation, because he is a man who knows the mistakes made toward Serbia by the previous presidents," Nikolic said.

He pointed out that the presidential visit should be organized at the highest level "and that cannot be done by any ministry."

According to the Serbian president, "the open joy in many countries and the way in which the world media reported about Trump's victory" speaks about the awareness of "all peoples" that this event will "greatly change the physiognomy of the world."

"The policy announced by the new U.S. president is likely to be diverted from maintaining the dominance in international relations toward the strengthening of the national economy, the fight against corruption and job creation," said Nikolic.

According to him, the trend of "turning toward the national" started with Brexit, and is now spreading across Europe at an unstoppable speed.

"After these changes we expect to be treated equally with other countries in the region and to, after several decades, have the opportunity to implement a policy of peace and cooperation in accordance with our legitimate interests," said Nikolic.