Serbia and Romania to set up joint border patrols

Serbia and Romania have signed a protocol on the establishment and activities of mixed patrols along the common state border. 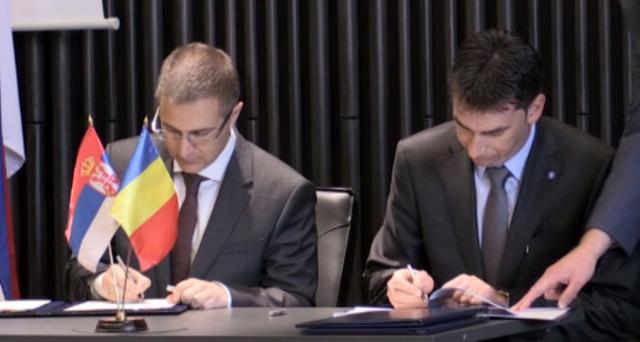 The document was inked on Thursday in Timisoara by Serbian Deputy Prime Minister and Minister of the Interior Nebojsa Stefanovic and Romanian Minister of Internal Affairs Dragos Tudorache.

According to the Serbian government, Stefanovic said that the document would "improve cooperation in the fight against all forms of cross-border crime and the establishment of a more efficient system of control and supervision of the state border.W

He "pointed out that the protection of the state border of one of the most important aspects of defence against illegal migration and cross-border crime, especially human trafficking, that follows the migrant crisis."

The migrant crisis is a problem that cannot be solved by one country alone and it is necessary that all countries on the migratory route join actions, and it also calls for a clear response from the European Union, Stefanovic said.

The establishment of joint patrols is the best way to protect against the influx of illegal migrants who are not entitled to asylum, he said.

Before signing the protocol, Stefanovic and Tudorache discussed cooperation in the field of European integration, as well as in the field of border security, the Serbian government said.