Head of the Security Council of the Russian Federation Nikolai Patrushev has proposed a memorandum of understanding to the Serbian Interior Ministry (MUP). 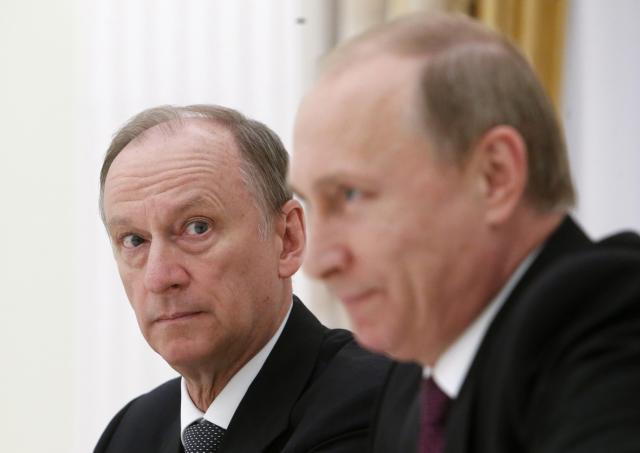 Under the proposal, the memorandum would be signed in 2017.

Patrushev, who arrived here on Wednesday, said during his meeting with Serbian Interior Minister Nebojsa Stefanovic that the document would establish regular communication between the two countries' security services.

"For the sake of introducing order into our contacts, I propose a revitalization of the work on a memorandum on mutual understanding between the Security Council of Russia and the Serbian Interior Ministry," he said at the start of his meeting with Stefanovic.

Patrushev added that the document would not have a legally binding character or the status of an international contract - but would create the necessary formal conditions for consultations on issues of mutual interest that would be taking place on a regular basis.

"Head of all services"

Sputnik reported on Tuesday, quoting an associate of Patrushev, that the following topics could be on the table: international terrorism, the migrant crisis, and extremism in Kosovo and Metohija.

"Since international terrorism is currently the greatest challenge to international security, I do not rule out that the topic of terrorists hiding among migrants will be discussed in Belgrade, considering that Serbia is a transit country for refugees from the Middle East," said Andrei Manoilo, a member of the science board of the Security Council of the Russian Federation (RF), and added:

"It's clear that terrorists have a plan and are, in line with it, sending their members to Europe under the guise of refugees. Beside that, Kosovo remains a foothold for extremists, who are spreading their influence in all directions, which, of course, worries the Russian Security Council."

Lastly, Manoilo said that sanctions could be another topic of conversations in Belgrade, "because Serbia's principled stance on this issue could influence other countries in order to finally lift them" - as sanctions are another thing the Security Council of the RS sees as a threat to Russia's national security.

Sputnik noted that while this will not be Patrushev's first trip to Belgrade, not much is known about him in Serbia. The broadcaster described him as "the chief Russian security official, the head of all Russian secret services."

Patrushev in 1999 became Vladimir Putin's successor at the helm of the Federal Security Service (FSB) and stayed there during Putin's two terms as Russian president.