Serbian Prime Minister Aleksandar Vucic has described himself as "a difficult man who does not like to be pressured." 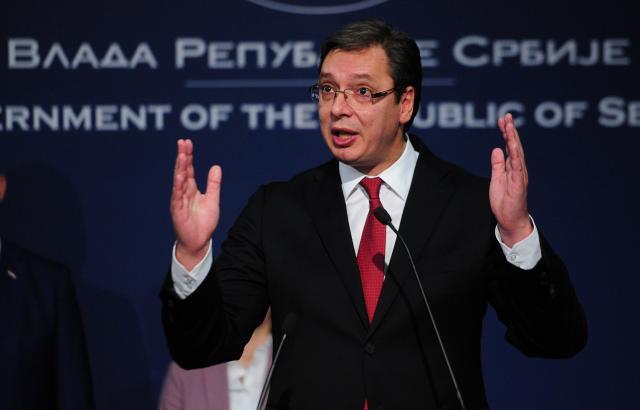 He made the statement late on Monday in Belgrade while answering a reporter's question about Serbia's recent decision to send humanitarian aid to Aleppo, Syria, on board a Russian plane.

Previously, some media reported that "Brussels and Washington might ask for Belgrade's explanation after it decided to sent humanitarian aid to the war-ravaged country, in agreement with the Russian side."

"They're making some inquiries, I have no idea what they want," Vucic replied, and added:

"We've committed a terrible crime. A terrible crime. By sending blankets and medicines, flour and sugar - whereas it is wonderful that you have been taking UKP's (Criminal Investigations Police) operational processing (data). Nobody's capable of saying 'sorry'... Stop with this hypocrisy, regardless of how big you are."

"They've been making inquiries from the sidelines, they don't dare ask me. Shall I tell you what they're doing? How they're asking around and trying to frame the Gendarmerie as having taken part in the Savamala demolitions? That's what their services, their intelligence agencies are doing. The strongest in the world, all of them. It seems there is a small country that wants to be independent, it seems it is not rotten enough," Vucic said.

During the news conference, called after a meeting of the Bureau for Coordination of Security Services, Vucic also said that "significant activity" of foreign intelligence services has been recorded in Serbia, and that information processed by the UKP has been reaching "foreign elements."