Vucic to travel to NATO headquarters in November - report 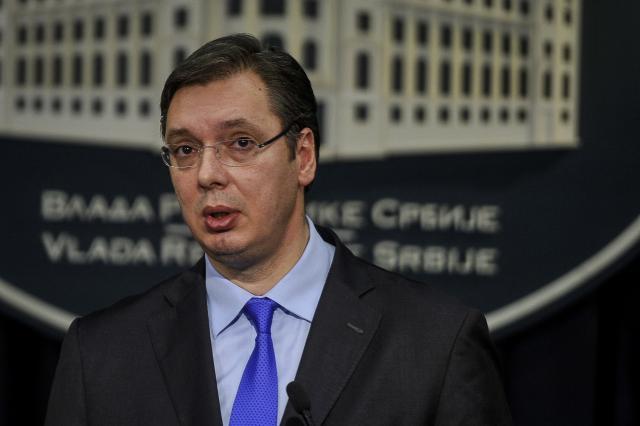 Beta reported on Tuesday that Vucic will meet with the Western military alliance's leaders and discuss "further cooperation between NATO and Serbia."

The agency said it learned this from NATO officials.

As stated by these sources, Vucic will meet with NATO Secretary General Jens Stoltenberg and the NATO Council.

Beta also reported that it learned unofficially the visit would take place on November 23.

Vucic's trip and his meetings with top NATO officials was hinted at last week at the Belgrade Security Forum by Stoltenberg's deputy assistant, James Appathurai.

According to him, it is possible for Serbia to join the European Union without becoming "a NATO member."

"It is also possible that it will be the other way around," said Appathurai, adding that there was "no automatism there."

Appathurai also said there would be "no drastic steps" in future relations between Serbia and NATO, taking place within the framework of the Partnership for Peace program, but that instead "NATO wants to build relations step by step."

"We are working on practical issues and we want to put a number of programs here and for people see it," he has been quoted as saying.