"I have acknowledged it," was Aleksandar Vucic's response when asked about the objections made in EU foreign policy chief Federica Mogherini's report. 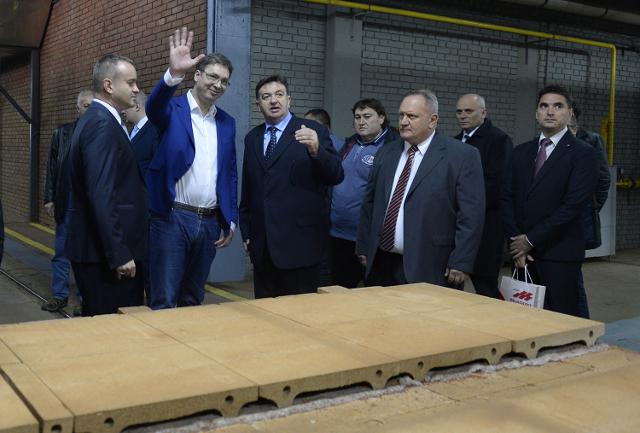 Vucic is seen in Leskovac on Tuesday (Tanjug)

The report in question concerns the priorities of EU's common foreign and security policy for 2016.

"How did they put when I spoke about Trepca (mining basin in Kosovo)? That they acknowledged it? Now I have acknowledged those objections, both the praise and the objections," he told reporters while touring a factory in Leskovac, southern Serbia, when asked to comment on the report that was published on Monday.

In it, the EU "encouraged Serbia to intensify implementation of reforms in key areas such as the judiciary, the fight against corruption and organized crime, and freedom of expression and the media, and also expects Belgrade to further normalize its ties with Pristina and align its foreign policy with the EU."

Mogherini's report also said that, as part of its EU accession talks, Serbia was expected to focus on rule of law, having opened Chapters 23 and 24.

"The EU encourages Serbia to take this positive momentum forward and to intensify legislative reforms and their effective implementation in the key areas of judicial reform, fight against corruption and organized crime, and freedom of expression and the media."