Donald Trump’s campaign claims that the GOP nominee never apologized to the Serbs for the 1999 NATO bombing, and accuses Nedeljnik of fabricating the interview. 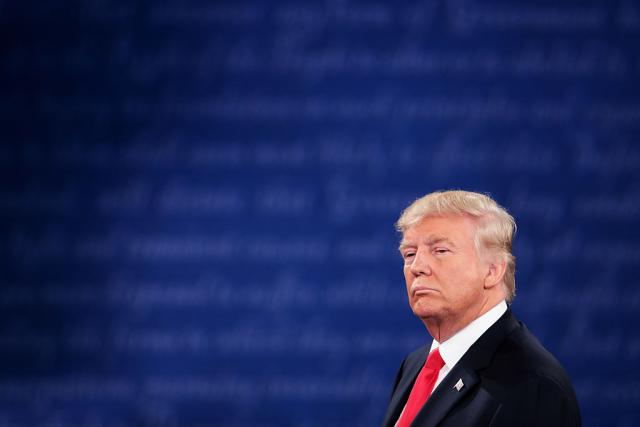 The magazine published an article in which Trump answers five questions, and one of them was related to his attitude towards the Balkans, Serbia and NATO bombing, and the businessman allegedly said that “Serbs are very good people, the bombing was a big mistake, and that the Clinton administration created chaos on the Balkans."

Even Hillary Clinton’s campaign sharply reacted to Donald Trump’s view of the bombing.

However, later in the evening “Politico” from Washington was the first to receive information from Trump’s close associate Suzanne Jaworowski, claiming that “she never conducted such an interview”, even though the article stated her as one of the contacts, and later on Trump’s campaign officially denied that the interview ever happened by mail, calling it a hoax.

Soon afterwards, Nedeljnik put out a statement saying the paper either was “caught in the middle of the presidential election campaign, or was duped by Vladimir Rajčić”, the man that was the paper’s “contact” for the interview.

“Nedeljnik has been trying to get an interview with Donald Trump for over a year now, ever since the businessman decided to run for the election. It turned out, as it often goes in the American politics, that we did not accomplish much via formal channels, but we did through personal contacts. Vladimir Rajčić, Serbian producer and actor living in the United States, who has repedeately given us proof of his close relationships with people close to Mike Pence, the vice-presidential candidate, offered to help Nedeljnik get this interview”, Nedeljnik states.

Nedeljnik also claims to has been told that Trump “listened to the questions because it is important for him to get the votes from Americans of Serbian origin”, and the editorial announcement was accompanied with the photos of Rajčić and Trump’s possible vice-president Mike Pence and Suzanne Jaworowski, he previously submitted as a proof of credibility.

Nedeljnik says that in the forthcoming days they’ll investigate whether they had been duped, and apologized to its readers.

Rajčić’s name has been coming up in Serbia on several occasions in the past years, being the man behind the movie “Tesla, the ruler of the world”, supposedly featuring some of the biggest Hollywood movie stars. Yet, there are no specific information on that project.

In the past months, Rajčić presented himself to the media as a man from the diaspora aspiring to be the next President of the Republic of Serbia.

He was a screen player and actor in a low-budget film entitled “Serbian Scars”, in which he plays together with Michael Madsen, and also appeared in a dozen of small roles in several Hollywood movies and TV shows.

He was born in Pec, and has been living in America for more than 15 years. He owns a production company, and Radio Television of Serbia once presented him as a manager of a large chain of new and used car dealerships in the state of Illinois.