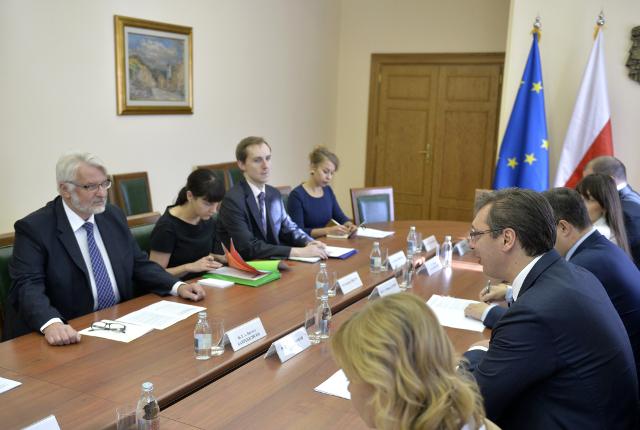 Vucic also "expressed the hope bilateral economic cooperation would be stepped up," the Serbian government said in a statement after the meeting, quoted by Tanjug.

According to the same source, Vucic and Waszczykowski "discussed bilateral cooperation, ways of strengthening economic ties, Serbia's European path and the migrant crisis."

Vucic informed Waszczykowski of the reforms conducted by the Serbian government, expressing his regard for the exceptional results of Poland's economic reforms.

He thanked the Polish government for supporting Serbia's European path.

"Europe is waiting for Serbia and Poland is there to accelerate that path," Waszczykowski said, expressing the hope that cooperation with Serbia would be discussed at the next Visegrad Group meeting.