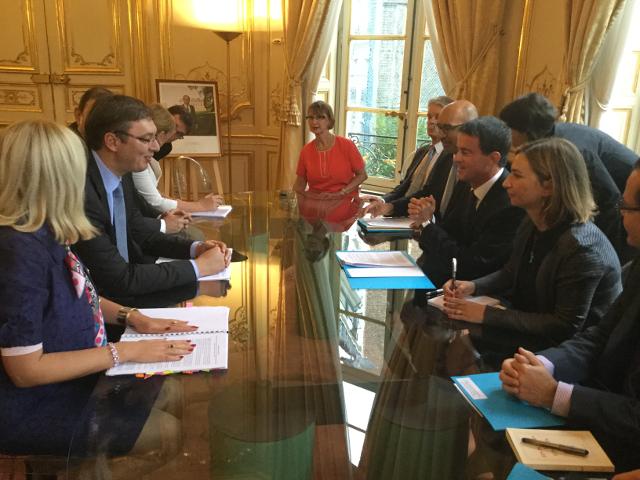 The two prime ministers met in Paris on Thursday.

Valls noted the relations between the two countries needed to be strengthened, with particular emphasis on economic cooperation, the Serbian government said in a statement.

Vucic and Valls discussed bilateral cooperation, European integration, the situation in the Western Balkans, the security situation in Europe and the fight against terrorism.

Serbia needs as many French companies as possible, and now is the right time to embark on a new era in developing economic ties, Vucic said.