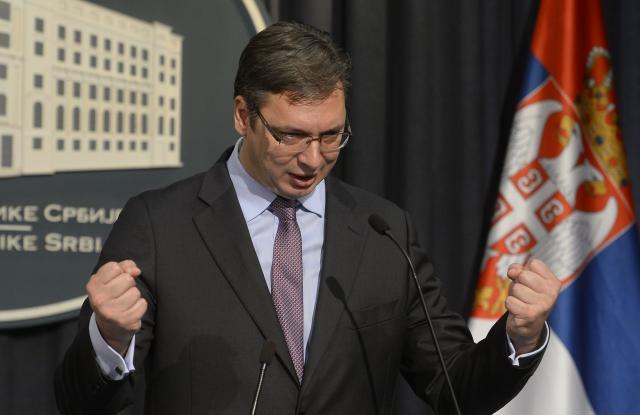 The Belgrade-based daily Blic reported this on Wednesday, and added that the meeting was taking place "in an unknown location."

Furthermore, "the topic" of the meeting is also unknown - "but this is also not a formal meeting, considering that only those that Vucic trusts absolutely are present," the newspaper said on its website.

However, the daily speculates that the discussion concerns "relations in the region, above all with Croatia and Bosnia-Herzegovina, but also the increasingly frequent provocations of (Kosovo) Albanian officials in northern Kosovo."

The report stresses that the prime minister's cabinet has "neither confirmed nor denied" that the meeting was taking place.

It was officially announced earlier that top Serbian officials will on Thursday meet with representatives of Serbs from Bosnia-Herzegovina and the RS.