The priority issue for Serbia is the Community of Serb Municipalities (ZSO), Marko Djuric has said. 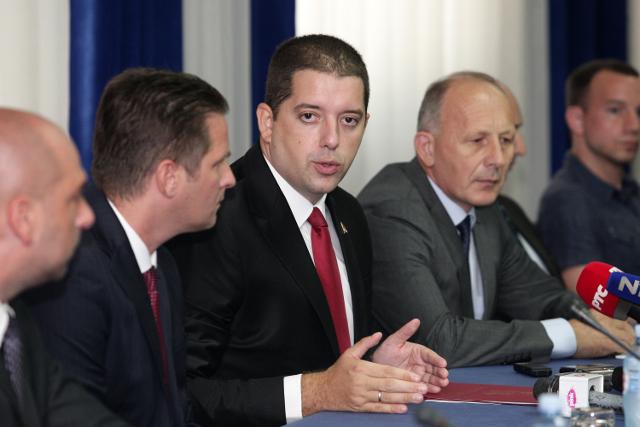 That issue has been pointed out in talks with EU representatives and we expect its implementation, said the director of the Serbian Office for Kosovo and Metohija, noting that all the other talks are important, but they are secondary in relation to the topic.

"It is really important for us that our proposal is supported by some of the most powerful people at this point, they are visiting Pristina and represent something which is our interest, although they are supporting the unilaterally declared independence of Kosovo", Djuric told TV Pink.

He pointed out that ZSO means that Serbs should have more rights in Kosovo and Metohija than they have today and that the concept of ZSO has been created in Belgrade by joint acts of the government, the president, and the parliament, and that it is a part of the 2012 negotiation platform and that, as such, it has become an integral part of the framework agreement between Belgrade and Pristina.

"Because of that, I think that the big powers, event those that are not in favor of us, need ZSO as a leverage for establishing a balance in politics in Kosovo and Metohija", said Djuric.

Talking about a recent round of negotiations between Belgrade and Pristina, Djuric said that all previous records in terms of duration of the talks are broken, and that it was a kind of a "game of nerves", that the talks started at 8.30 on Monday, and that they left the EU building at 04.45 the next day.

The negotiation should result in a situation where Telekom Srbija is allowed to operate regularly in the whole territory of Kosovo and Metohija, and on the other hand, Serbia will request additional area code which will be registered by the International Telecommunication Union as a Serbian regional area code, as the second area code for Serbia.

In return, Telekom Srbija will be allowed to operate regularly in the whole territory of Kosovo and Metohija, and as long as this is not made possible the agreement will not be finalized, said Djuric.