A new Serbian government was elected in the National Assembly on Thursday with 163 people's deputies voting in favor. 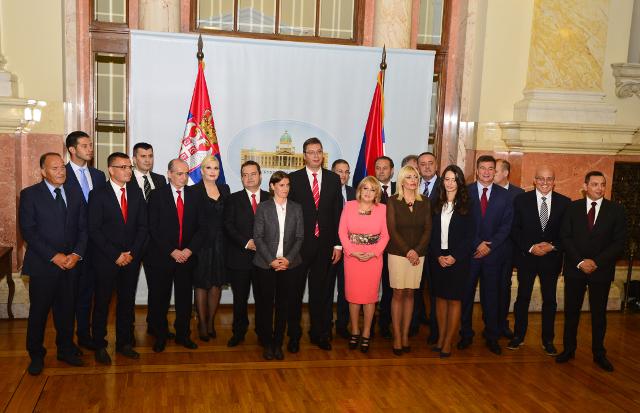 62 were against, and there were no abstentions. 25 deputies were not present in the hall.

Vucic's new cabinet has 16 ministries and three ministers without portfolio.

Congratulating the prime minister and the ministers, Serbian Assembly President Maja Gojkovic announced that the oath-taking ceremony would take place at 19:00 CET.

The 4-year mandate of the new government started to run from the moment the ministers took their oath of office, the text of which is as follows:

The government was elected after it was presented and then debated during a special Assembly session that started on Tuesday.

The second day of the debate was marked by polemics between some opposition deptues and Vucic, and verbal clashes between the Assembly president and the leader of the DJB Movement, Sasa Radulovic.

At the end of the debate, Vucic promised citizens his new cabinet would "work diligently, honestly, responsibly, and in their interest."

He also announced that the government would meet for the first time on Friday, "at 06:30 CET."