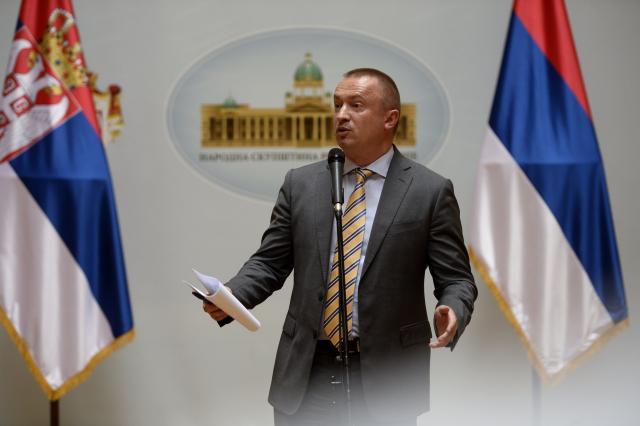 Pajtic told Voice of America his interlocutors were concerned that Serbia was "in a certain sense" changing its course.

He claims there is unease, especially among Americans he spoke with, due to the fact Serbia's PM-designate went to the Kremlin "a week after the election," while "the Kremlin's announcement that it expects representatives of those parties and individuals who support good relations with Russia to be in the government is considered to be inappropriate interference in the internal affairs of Serbia."

"With the base (the Russian-Serbian Humanitarian Center) in Nis, with joint military exercises with the Russian army in the middle of the crisis in Ukraine - all this creates an image of Serbia turning towards Russia, which creates considerable nervousness with the interlocutors both from the U.S. and the EU", said Pajtic, according to a press release issued by his party on Friday.

Pajtic also complained about the media scene in Serbia, noting that some "government media have a distinctly anti-Western stance and all that is seen here (in the U.S.)."

"I think it is not wise to enter into this type of process that can strengthen the influence of Russia in Serbia to the extent that the process of Euro-integration will come under a question mark. When you create such an atmosphere - and parties in power will change - it will be difficult to change the atmosphere in society and achieve a critical mass in support of joining the European community of nations," said Pajtic.