Serbia will during the day on Tuesday send a protest note to Croatia over "the rehabilitation of fascism," the country's foreign minister has announced. 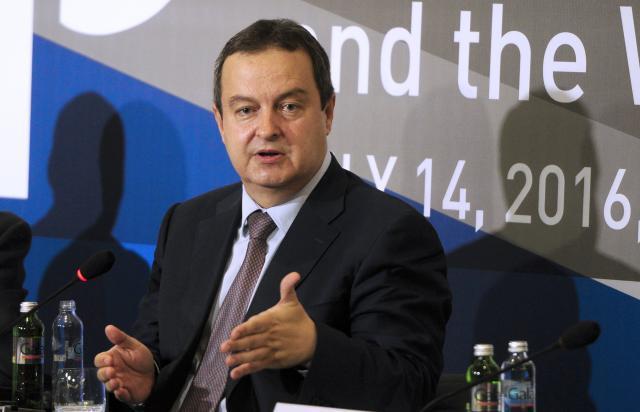 Other points in the protest note to be send to Croatia will refer to "crimes against Serbs, their conversion (from Orthodoxy to Catholicism), and the increasing number of incidents in Croatia targeting citizens of Serb origin."

According to him, Croatia is a country where fascist creations - of the kind that also existed elsewhere - are being rehabilitated. However, Dacic noted, in other countries those creations are "not praised" like they are in Croatia.

On Monday, Croatia sent a protest note of its own to Serbia over the manner in which the country's top officials have reacted to a Croatian court's decision to annul the war crimes verdict passed against Croatian Catholic cleric Alojzije Stepinac in 1946.

"Stepinac was the spiritual leader of the Ustasha movement," Dacic said on Tuesday, referring to the regime of the Independent State of Croatia (NDH), that existed from 1941 until 1945 and operated death camps for Serbs, Jews, and Roma.

The minister also said that Stepinac "blessed the crimes and the Ustasha state, saying it was an act of God and a gift to the Croatians."

All of a sudden, all those who should be commenting have become speechless, Dacic remarked, adding there has been no reaction to incidents when Ustasha salutes have been shouted in stadiums in Croatia, and asking, "are these those European values?"

Asked what will happen if Croatia "does not wish to accept" the protest note, Dacic said that was a formality and that the note will certainly be published - "which is its point."

"We are not issuing protest notes to achieve parallels, but because this is an essential issue. The same way I stood against rehabilitation of some (persons) in the territory of Serbia," he said.

Dacic then described fascism as "a universal evil," noting that its promotion is explicitly forbidden, and that the Ustasha NDH certainly was a fascist creation.