Two associations gathering journalists in Serbia have described the exhibition "Uncensored Lies" as "the pinnacle of cynicism of the SNS." 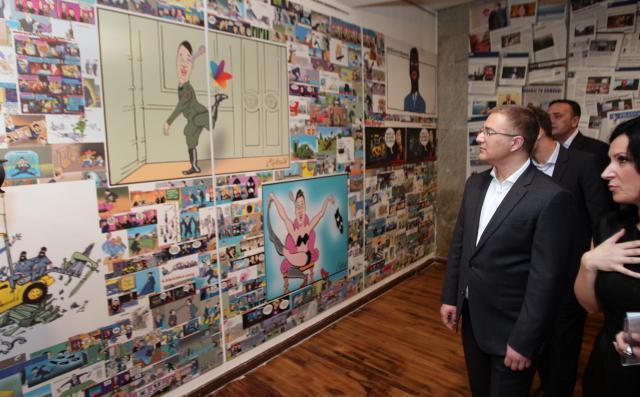 They said in a statement that this display of various types of media content critical of the party and its leader, Serbian PM Aleksandar Vucic, showcases "a public catalog" of those the SNS considers to be its "enemies" - i.e., "all those who express themselves critically" toward Vucic and his rule.

The exhibition is also "proof the authorities do not understand that the role of the media is to keep check on them and protect the public interest, rather than be a propaganda and politicians' marketing tool."

The two associations also claim that the SNS was now "building on the campaign of the media close to the government, who are calling for the lynching of those editors and journalists who are not politically suitable on an almost daily basis."