Former Democratic Party (DS) leader and Belgrade Mayor Dragan Djilas is no longer a member of the party. 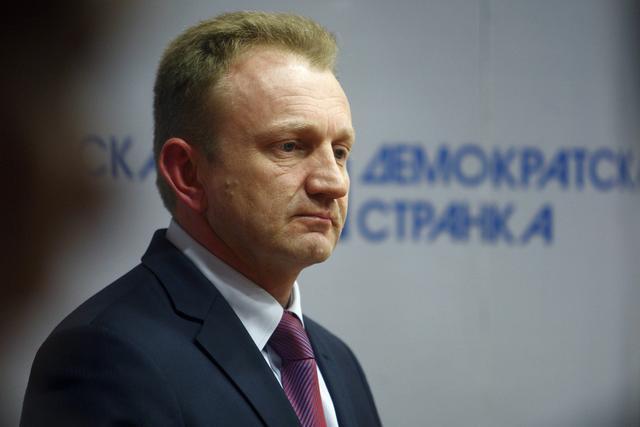 Belgrade-based newspaper Danas is reporting this citing sources in the DS.

Djilas did not wish to comment on the reasons why he left the party that he led from November 2012 until May 2014, and was unwilling to either confirm or deny the news, according to the article.

Another Belgrade daily, Blic, is reporting that Djilas told them: "Yes, I have left the DS, but I don't want to talk about that, we can talk about basketball and Rio (Olympics)."

Djilas became the party's president after its leader and Serbian president at the time, Boris Tadic, lost the 2012 presidential election, and after the Democrats joined the opposition.

With Djilas at the helm, the DS took a little over six percent in the next parliamentary election. In 2014, Bojan Pajtic became the new leader. Djilas was the mayor of Belgrade from 2008 until 2013, and left politics afterwards. He continued to serve as president of the Basketball Association of Serbia.

In 2015, Djilas' company Multicom bought the party's RSD 50 million debt toward the Development Bank of Vojvodina. The loan was taken out to finance the 2012 campaign. The company in this way became the owner of the real estate mortgaged by about ten DS officials. Among them are Oliver Dulic, Dusan Elezovic, Aleksandar Senic, and Aleksandar Sapic, who are no longer members of the party.

Djilas himself provided his apartment in Belgrade's municipality of Vracar as collateral.

The Democratic Party's inability to pay back the debt meant that the mortgage could have been activated. By buying the debt, Djilas removed that danger, and said he believed the party would pay him back within the next two years. He also said he did not intend to sell the property in question.

Daily Danas is reporting that "paying the debt back to Djilas is made easier in a way by the DS entering parliament again, considering that the money it will be receiving from the state will go toward that."