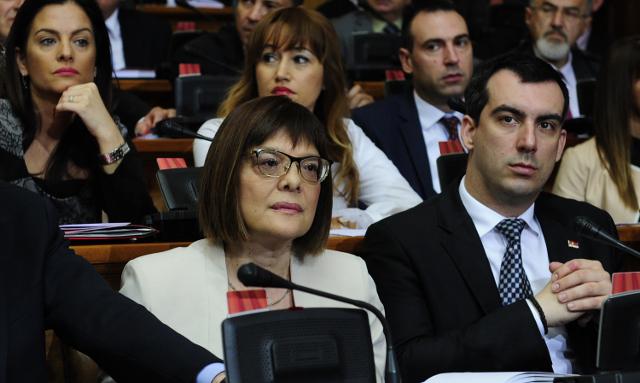 Serbian National Assembly President Maja Gojkovic said that enhancing economic cooperation between member states would be the priority of the Serbian presidency.

"During the presidency, we will be able to make a concrete contribution to development of regional stability, good-neighborly relations and creating and improving a favorable economic and political climate for cooperation among member-states," Gojkovic noted in a statement to Tanjug.

Serbia has set cooperation in the fields of the economy, transport, energy, culture and education, as well as development of parliamentary cooperation, as the priorities, Gojkovic said.

Serbia will also be an advocate of expanding the list of topics addressed by the PABSEC to include issues such as migration, IT and innovation, she said.

Assuming the PABSEC presidency is a great pleasure and honour for the Serbian parliament, as is the fact that Belgrade will host the 48th PABSEC General Assembly meeting from November 29 through December 1, Gojkovic said.

While in Moscow, the Serbian official met with Chairman of Russia’s State Duma Sergei Naryshkin.