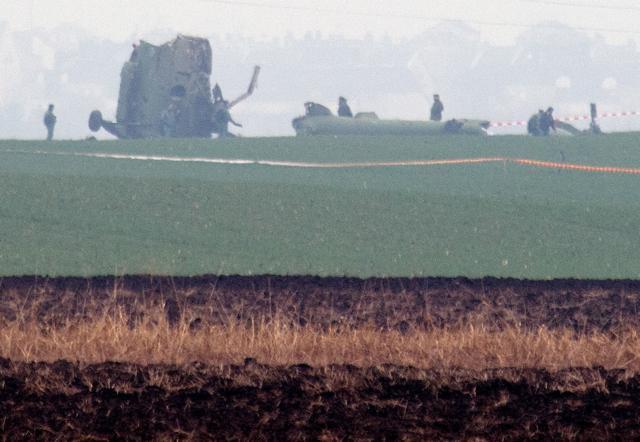 As noted, criminal proceedings against the persons who participated in the preparation and execution of the task will not be launched because it was not determined that they intentionally or negligently took actions that constitute elements of any crime.

It is stated that the prosecution determined this without any doubt from the examined witnesses and the contents of the findings and opinions of professionals, which were carried out in the form of expert analysis during the preliminary investigation.

The prosecutor also took into account the fact that that disciplinary proceedings have been launched against 204th Air Force Brigade Commander Brigadier General Predrag Bandic and Air Force commander General-Major Ranko Zivak, and this circumstance "did not affect the position of the prosecution to make a different decision."

The decision of the prosecution is based on and supported exclusively by the evidence gathered during the preliminary investigation, said the statement.

The case concerns the crashing on March 13, 2015, of a military helicopter transporting a sick baby from Novi Pazar to Belgrade. All seven passengers died when the craft fell in Surcin, Belgrade: the two pilots, Major Omer Mehic and Captain Milovan Djukaric, sergeant-major Nebojsa Trajic, mechanic Ivan Miladinovic, physician Dzevad Ljajić, anesthesiologist Miroslav Veselinovic, and the baby, from the family Ademovic.

Two commissions were formed in the wake of the accidents by the chief of the General Staff, and head of the Air Force.

The military commissions came to the following conclusions: the main cause of the accident was the human factor; the crew experienced spatial disorientation as a result of fatigue, emotional overload and compromised function of attention; during the decision-making process, all participants were exposed to pressure and expectations related to the urgency of the medical care needed for the child, which particularly reflected on the choice of the landing destination; the leader of the helicopter crew XT-48 bears the responsibility, while a part of the responsibility is also born by the second pilot and the mechanic on board; and also by the commander of the 204th Air Force Brigade, for those failures that occurred in the planning and organizing of the flight.

Ranko Zivak and Predrag Bandic will not receive promotion to a higher rank or advancement to a higher position for a period of one and two years, respectively.