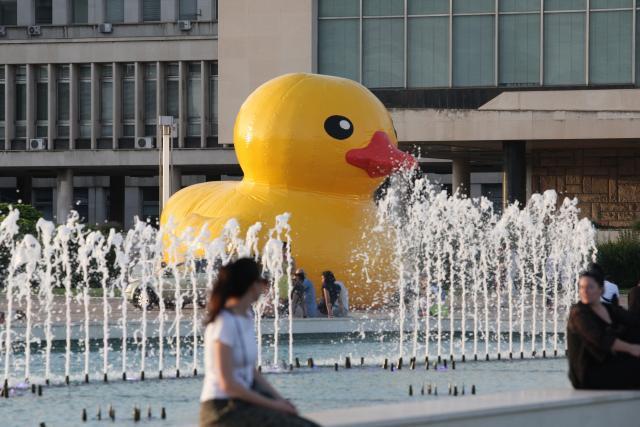 Sergei Zheleznyak, who also serves as deputy chair of the State Duma, said that such protests have also happened in Ukraine and in many other countries, "and it is known what tragic consequences they have had."

"It is obvious that the current series of protests in Belgrade under the symbol of a yellow duck, where representatives of the U.S. State Department took part as 'observers,' - along with the protests in Banja Luka and Macedonia - have unambiguous characteristics of operations carried out by external forces in order to destabilize the situation in the Balkans," he stressed.

A large rubber duck is the symbol of the protests held in Belgrade over the demolition in Savamala - four have been held so far, attracting thousands of citizens.

United Russia, Russia's ruling party, earlier this week signed a political declaration with the DSS and the Dveri Movement, while Zheleznyak later held consultations with representatives of these parties.

The Russia Beyond the Headlines website in Serbian reported that they discussed "the danger of spreading 'orange technologies,' the so-called 'non-violent regime changes' in the former Yugoslavia, whose aim is to destabilize the socio-political situation in Serbia, the Serb Republic and Macedonia."

As the Russian politician said, United Russia expresses its resolute protest over such methods that involve violent scenarios of events.

"Our country and our party have extensive experience in successfully fighting similar attempts to interfere in our internal affairs. In 2012 in Russia a series of laws was adopted which stipulates a special regime of separation of the activities of those NGOs engaged in political activities, for money they received from abroad," he said.

According to Zheleznyak, "a consolidation of all healthy social forces is urgently needed, on the basis of ideas and values ​​that unite the nation and distance it from the attempts to impose unacceptable outside solutions."

"Serbia is justifiably proud of its past and its historical values. St. Vitus' Day (Vidovdan) is a holiday which has a special significance in Serbian history. Serbian knights led by Holy Tsar Lazar of Kosovo died heroically in Kosovo Polje in 1389 in order to create a heavenly Serbia, which has for six centuries been the symbol of Serbian spiritual strength and courage. I congratulate all our Orthodox brethren in Serbia, Montenegro, Bosnia-Herzegovina, Macedonia, and everywhere where this spiritual feast is marked, the most important one for the Serbian people," said the Russian official.