"Some Albanians hijack history, for lack of their own"

"Some among the Albanian people wish to hijack Serbian history," Labor, Social and Veteran Affairs Minister Aleksandar Vulin has said, while in northern Kosovo. 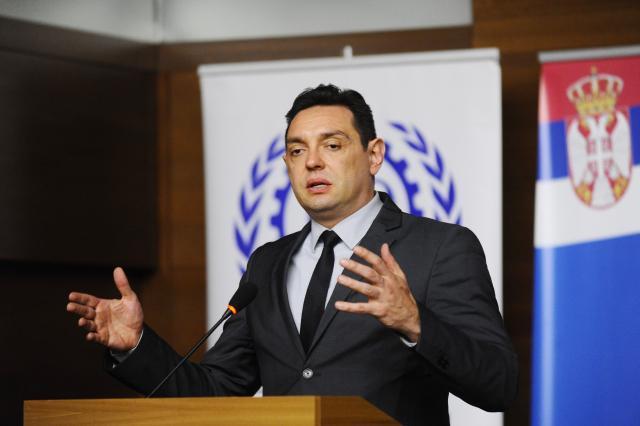 He added that this was being done "because they feel a lack of their own history."

This was Vulin's reaction to Alliance for the Future of Kosovo leader Ramush Haradinaj's initiative "to build a monument at Gazimestan to the Albanians who died in the Battle of Kosovo."

Haradinaj made this suggestion on June 28, as Serbia was marking Vidovdan (St. Vitus Day). There is already a monument at Gazimestan, near Pristina, one dedicated to the Serbian medieval state's soldiers who died in the Battle of Kosovo, fought on Vidovdan, in 1389, against the invading Ottoman Turks.

In his reaction, Vulin remarked that "those who have no history of their own as a rule attempt to hijack that which belongs to others."

"It should be clear now how important it was to make sure Kosovo is not a part of UNESCO. Imagine what would be happening if it was, then all Serbian history would suddenly become the history of some Kosovo, and then (Serbian Orthodox) monasteries would become the monasteries of some Kosovo," the minister in Serbia's caretaker government said.

Vulin stressed that it was "very important to show to the whole world that Serbian history in Kosovo and Metohija will not become Albanian, or anyone else's - because it is Serbian."

"There will be efforts and they will try to rewrite Serbian history, crush it and sign some other name under it. Those who have no history of their own want to hijack that of others, and those who do have it - and Serbs do - must never allow it to be hijacked," he said.

Vulin's message was that Serbs would not be who they are without their history, their name, their monasteries and their Kosovo and Metohija, and that "many are prepared to take what does not belong to them and try to create what their ancestors failed to create."