Serbian President Tomislav Nikolic on Saturday presented his Chinese counterpart Xi Jinping with the Order of the Republic of Serbia on a Grand Collar. 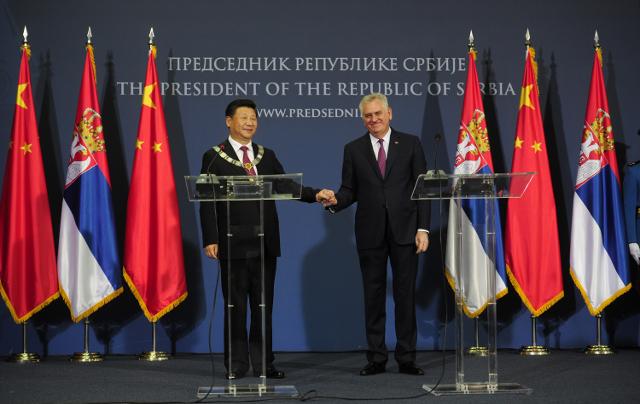 This decoration is only given to heads of state.

The Chinese leader received the accolade for the exceptional merits toward the Serbian state and people, it was said during the ceremony at the Palace of Serbia.

The order is given for Xi's contribution to developing and strengthening peaceful cooperation and friendly relations between the Republic of Serbia and the People's Republic of China.

The Chinese president arrived in Belgrade on Friday, when he and Nikolic took part in a ceremony to lay the foundation of a new cultural center, and honored the victims of NATO's 1999 bombing of the Chinese embassy.

On Saturday, they signed the joint statement on establishing a comprehensive strategic partnership.