Vucic expected in Brussels "once new govt. has been formed"

The European Union expects Aleksandar Vucic to visit Brussels once a new government has been is formed. 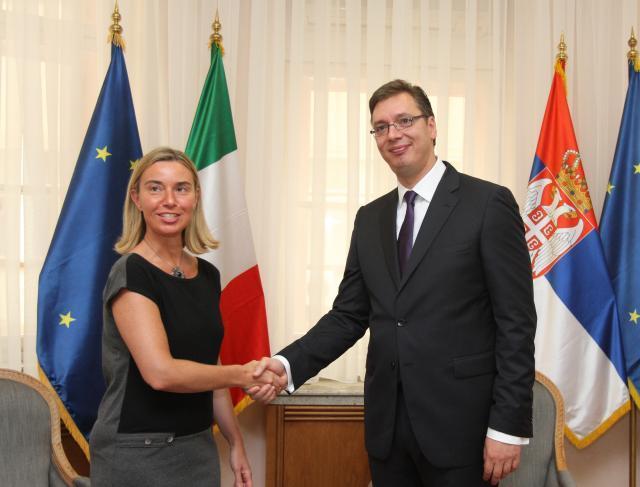 Tanjug said it learned this in Brussels on Monday.

"We expect a visit by the Serbian prime minister once the government is formed and sworn in," European Commission spokeswoman Maja Kocijancic told Tanjug when asked if a visit by Vucic had been planned and then cancelled.

Regular contacts with Serbian officials are underway but an official visit by the prime minister can be organized and announced only after a government is formed in Belgrade, sources at the European Commission headquarters told Tanjug.

Serbia has gone through an electoral period and there are many topics that should be discussed now, including a continuation of the dialogue with Pristina, diplomatic sources in Brussels explained.

Sources in the Council of the EU said that there is still no official information on a potential scheduling of a conference on the opening of chapters 23, 24 and 5 in Serbia's EU accession talks.

Vucic on Monday received U.S. and EU ambassadors in Belgrade.