Aleksandar Vucic has canceled his visit to Brussels plannend for June 21, as well as all previously agreed bilateral meetings with senior U.S. officials. 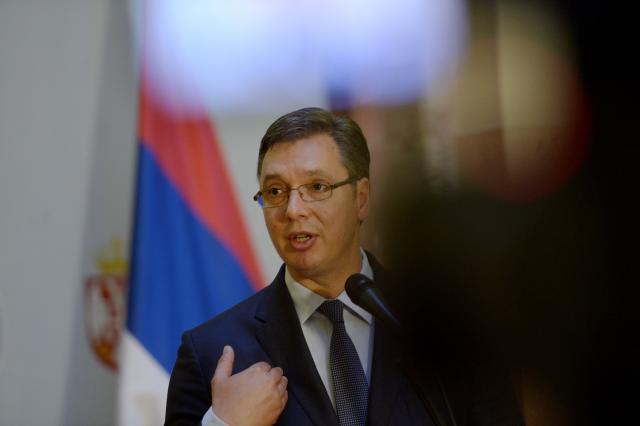 This has been reported on Monday by Belgrade-based newspaper Politika.

The paper cites "well well-informed circles close to the prime minister" as its sources, adding, however, that they failed to obtain official confirmation from Vucic and his cabinet.

According to the report, the decision was made over the weekend, after Vucic's telephone contacts with top representatives of the European Union.

"During these polite but extremely reserved conversations, Western interlocutors were informed that Vucic will not go to Brussels before a new Serbian government has been formed, whoever may form it," writes Politika.

Vucic was supposed to also travel to the United States on June 23, on Air Serbia's first direct from Belgrade to New York.

The government announced that he would on Monday in Belgrade meet with U.S. Ambassador Kyle Scott, and Head of the Delegation of the European Union Michael Davenport, but did not state what the topic of this conversation will be.

The meeting has been organized a few days after the European Commission denied media allegations that Scott and Davenport were sponsors of a conspiracy against the government of Serbia, and that they are involved in an attempt to radicalize the protests organized over Savamala demolitions and changes at the RTV public broadcaster.