Tabloid Informer editor-in-chief's accusations of conspiracy aimed at the EU and the U.S. have been described as completely baseless by the EC. 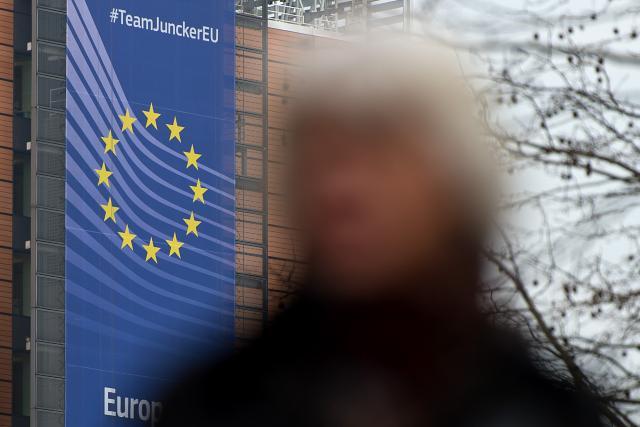 "These allegations are completely without any basis and we are confident that the authorities in Serbia are well aware of this," European Commission (EC) spokeswoman Maja Kocijancic told Tanjug in a written statement late on Thursday.

It added that the EU is firmly and unreservedly committed to the European perspective of Serbia.

At the same time, the statement recalled that the EU is the largest provider of financial assistance to Serbia.

"And this is primarily related to the Serbian government and takes place completely transparently," the EC statement added.

Besides reminding that the EU is Serbia's main trade and investment partner, the European Commission also stressed that European institutions continuously provide support to Serbia on its European path, where the EU Delegation in Belgrade has a central role.

"We give praise where it is deserved, but we are critical, as friends should be, where we must be. The EU will continue to stand for democratic and economic development and the rule of law in Serbia as well as in any other place," the statement said, according to Tanjug.

On Thursday, Informer's editor-in-chief Dragan J. Vucicevic said he had "concrete evidence" that ambassadors of the EU countries and the United States in Belgrade are involved "in an attempt to radicalize" the protests against the Savamala demolitions and the editorial and managerial changes at the RTV broadcaster.

Their goal, according to Vucicevic, are clashes in the streets and causing "a kind of a color revolution" in Serbia.

"This country is beginning to function as a strong state. However, in addition to judicial, legislative and executive powers, somebody is trying to introduce the ambassadorial power here. This power is much more powerful than we think," Vucicevic told Pink TV.

The tabloid on Thursday published an article under the headline, "The killing of Vucic is starting," which claims that head of the EU Delegation Michael Davenport and U.S. Ambassador Kyle Scott want to destabilize the government of SNS leader Aleksandar Vucic and are counting on the help of many public figures.

The Democratic Party (DS) said it was condemning "the attack of the PM-designate's favorite newspaper" aimed at public figures and civil society activists, and called on the authorities to "protect all those who have targets painted on their foreheads."

The SNS reacted to this by saying that the DS had "painted targets on all citizens," adding that "the people are the victim of their greed."

Ombudsman Sasa Jankovic also reacted to say that state authorities should distance themselves from Informer's claims about Scott and Davenport.