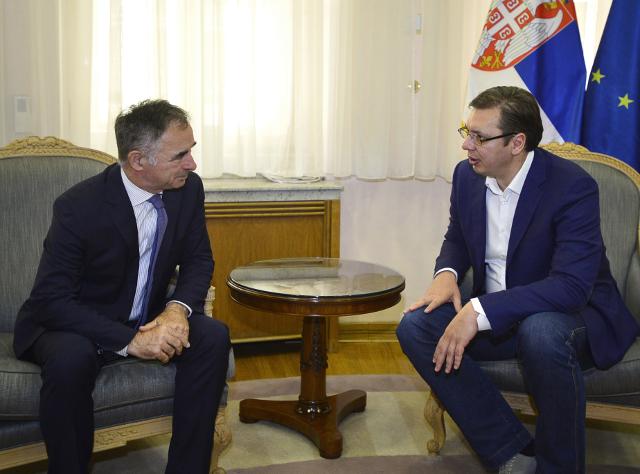 They "demonstrated a high degree of agreement on the need for renewed cooperation and dialogue between the two countries," the government said in a statement carried by Tanjug.

Vucic and Pupovac "discussed the state of affairs in the relations between Serbia and Croatia and the position of ethnic Serbs in Croatia, expressing the expectation that the atmosphere will change for the better and that the objective difficulties faced by Serbs in Croatia will be resolved in a dialogue between the authorities and Serb representatives there."