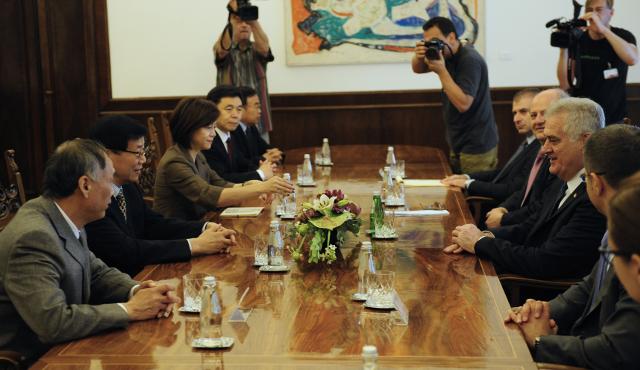 He made the comments as he received Li Wei, president of the Development Research Center of China's State Council.

The development of Serbia-China economic ties points to a clear interest of both countries, and several joint projects of great significance to Serbia have been launched to date, Nikolic said.

Nikolic noted the significance of a recent agreement on the Smederevo steel mill and the fact that the arrival of Chinese partners in the Serbian meat industry will revive Serbia's rural regions and encourage people to return there after seeking better life in cities, Nikolic said.

Nikolic said that he was "delighted with China's support for Serbian diplomat Vuk Jeremic's bid to become the new UN secretary-general."

Li thanked Nikolic for his immeasurable contribution to enhancing the cordial relations between Serbia and China.

He briefed Nikolic on activities concerning the implementation of China's One Belt, One Road project, expressing the wish that efforts to make full use of potentials for cooperation will be maximized, the presidential press office said in a statement.