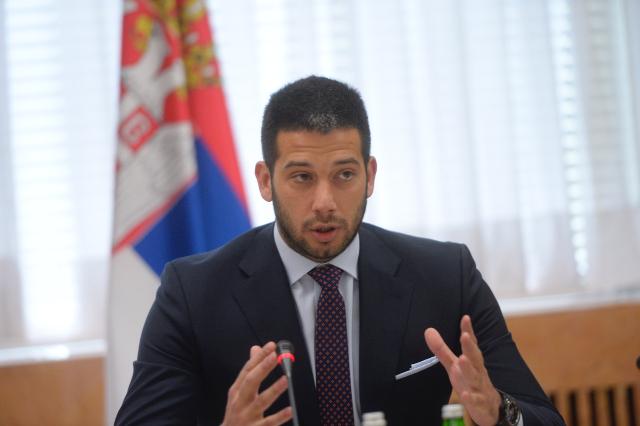 It also "reflects inconsistency and a complete loss of fundamental sporting values and principles," he said.

The consequences of the decision are unforeseeable not only as regards Serbia, but football in general, the minister said in a statement on Friday.

The national teams of all countries that do not recognize Kosovo's unilaterally declared independence will be put into a situation of playing the national team of a non-existent country, which will raise the issue of regularity of all competitions at European and international level, the statement said.

"We will not give up on the battle in which our (football) association will contest this decision, as well as the UEFA decision, with all means available. I believe that the court in Lausanne (the Court of Arbitration for Sport - CAS) will annul the UEFA and FIFA decisions and take a clear position that such precedents cannot even be considered, let alone that decisions like those can be taken in sport at international level in the future," Udovicic concluded.

The Serbian government Office for Kosovo and Metohija announced on Friday that the Football Association of Serbia had filed a lawsuit - announced earlier this month - with the CAS earlier in the day.

The FIFA decision is the most drastic example of politics interfering in sport and of irresponsibly turning a blind eye on the unforeseeable consequences this decision will have for football, the Office said in a statement.