Ulrike Lunacek has said that she is "not an enemy of Serbia" and that she is "certain Serbia will not join the EU without recognizing Kosovo." 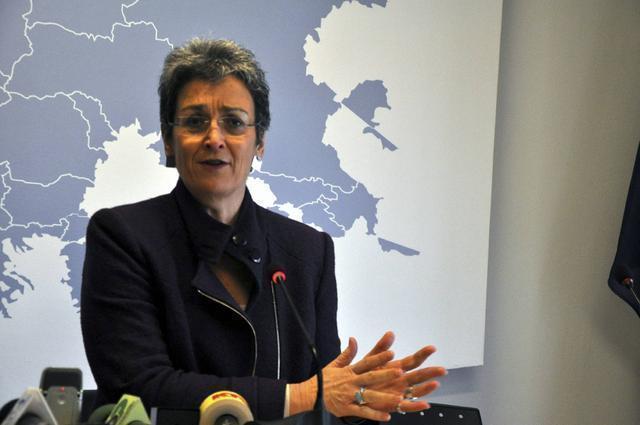 Speaking in Belgrade on Thursday, the European Parliament (EP) vice-president and rapporteur for Kosovo added this was true "not because she claims it, but because of the experience that the EU has with Cyprus."

Lunacek made these comments on the sidelines of the gathering dubbed "Civil Society Forum - Belgrade", organized by the European Fund for the Balkans and the Erste Foundation, adding that she was "one of a few high-ranking politicians of the EU who insist that the recognition of Kosovo is a condition for Serbia."

"It is true that the recognition of Kosovo is not formulated in the EU acquis, or in any of the chapters," said Lunacek.

The Austrian politician added that she was one of the voices coming from the EU, "but one of the more important ones."

Lunacek noted that the EU in recent history entry allowed Cyprus to join, describing it as a country that "has no clearly defined boundaries because of the Turkish occupation."

"I like to come to Belgrade, I am not, as some see it, an enemy of Serbia simply because I am also the rapporteur for Kosovo in the EP. I love this country and its people and I think a lot of progress has been done in the EU accession," said she.

Lunacek also said she believes that "within the EU these borders will come down, in territorial terms, as well as in the minds and hearts."

During the gathering Lunacek said she thought there was "a danger that the EU may lose the Western Balkans."

She points out there are now few of those still in favor of EU's expansion, adding that this has to do more with the situation within the EU than the Balkans itself.