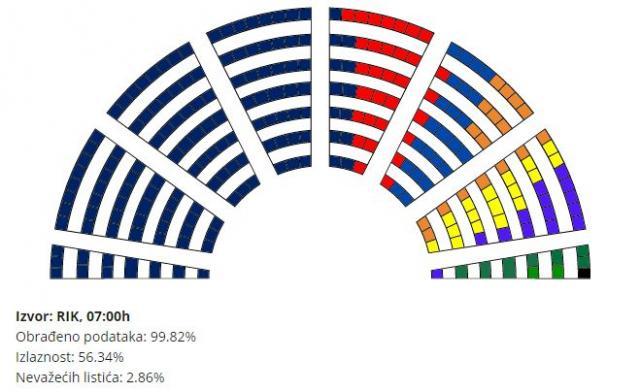 The Electoral Commission (RIK) announced in the night between Thursday and Friday that this coalition won 4.99 percent in the April 24 snap parliamentary ballot.

This result is based on 99.82 percent of all polling stations. Considering that voting will be repeated at 15 polling stations, the DSS-Dveri coalition could still receive seats in Serbia's new National Assembly.

Beside the six coalitions and parties that had to cross the 5-percent threshold, five minority electoral lists will be represented as well. The distribution of seats is now as follows: