The Republic Electoral Commission (RIK) announced on Monday morning that the Progressives (SNS) had won 48.25 percent of the votes cast on Sunday. 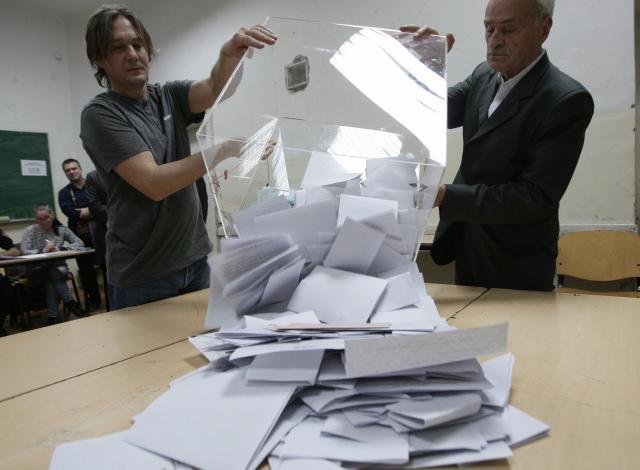 The commission said these results were based on "more than 97 percent" of counted ballots.

Based on this, the SPS-JS coalition received 11.01 percent, while the Radicals (SRS) have 8.05 percent.

The five-percent threshold has also been crossed by the coalition led by the Democrats (DS), who have 6.05 percent, the Enough is Enough Movement (DJB) with 5.99 percent, the SDS-LDP-LSV coalition with 5.03 percent, and the DSS-Dveri with 5 percent.

These parties and coalitions will have representatives in parliament, while all others are below the threshold and will not win any seats, according to these current results.

Early parliamentary elections were held on Sunday in Serbia, along with local, and elections for the Vojvodina Provincial Assembly.

3,270 candidates on 20 electoral lists, six of which representing minorities, were competing to win one of 250 seats in Serbia's National Assembly. 1,687 domestic and 196 foreign observers were monitoring the voting today.

Serbians were also casting their ballots in 17 Belgrade municipalities, and 138 other municipalities and 25 cities across the country.

Elections were not held today for the City Assembly in Belgrade, nor for that in Zajecar. Municipalities of Arandjelovac, Bor, Vrbas, Kovin, Kosjeric, Lucani, Majdanpek, Medvedja, Mionica, Negotin, Odzaci and Pecinci were also not going to the polls as they held elections on various dates from 2013 until 2015.

15 electoral lists were competing for 150 seats in the Vojvodina Provincial Assembly.

These were the 20 electoral lists in the early parliamentary election, in order in which they appeared on the ballot papers: