Armed and uniformed members of the so-called Albanian National Army (ANA; AKSh) "have appeared in the region of Southern (Kosovska) Mitrovica." 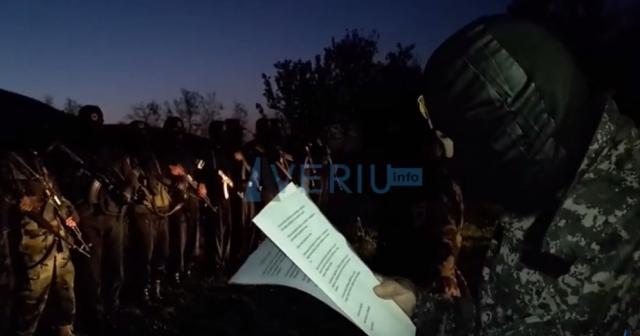 This has been reported by the northern-Kosovo based website Kossev, which cited veriu.info as its source.

A journalist with the latter website said he was present during the inspection of "the 21st brigade" of what Kossev said is "a paramilitary structure that is officially designated a terrorist formation."

The website said that "ANA's commander-in-chief" addressed a letter to the public "calling on his fighters to prepare for further work to protect national interests, because parallel structures in Northern Mitrovica are tormenting autochthonous Albanians," while ANA's "former comrades in the fight for peace" - now in power in Kosovo - "are greedily lining their own pockets."

The name of "the commander-in-chief" has not been revealed in the report.

The website further quoted "one of the formation's leaders" as saying that ANA was present "in several parts of Kosovo, but also in Albania, Macedonia, and the Presevo valley, is organized, well trained and can mobilize quickly."

ANA's reappearance came "out of concern for the goings-on in the Albanian land, on the 13th anniversary of their terrorist attack on a railroad bridge in Loziste."

The unnamed ANA member said the group had the support of "a large portion of the population, and structures in all parts of Kosovo," including "units, battalions, brigades, and special units."

Kossev also quoted this "commander" as saying that "ANA considers NATO to be its friend, and it is a friend to Kosovo's institutions." He then added that "ANA will be mobilized very quickly if necessary."