EU, NATO ties are "sovereign affair of our Serbian friends"

Serbia's EU integration and cooperation with NATO are a sovereign affair of Serbia, Russian Foreign Minister Sergei Lavrov has said. 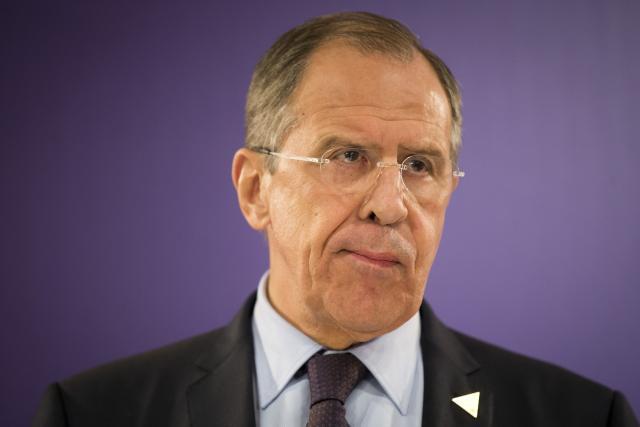 Beta agency is reporting on Friday that Lavrov told a news conference in Moscow after he met with Serbian counterpart Ivica Dacic that as far as Serbia's European integration, there had never been any "allergy."

"We treat it as a sovereign right of our Serbian friends, our Serbian strategic partners," said Lavrov.

He added that the most important point was for the EU, while developing relationships with potential members, not to impose "its absolutely pernicious and destructive position" and force them to make a choice between the EU and Russia, "or Russia or the EU."

The Russian foreign minister noted it was this type of situation led to the deep crisis in Ukraine.

Lavrov said that if the EU demonstrates its proclaimed policy of not forcing anyone to sever their ties with Russia, "there will not be no problems."

"Serbia and Russia, and the EU, can benefit from that," he added.

"Serbia's relationship with NATO is a sovereign right of Serbia. We know that Serbia as well as many other countries that are not joining the alliance participate in many events, including in exercises," said Lavrov, adding that Russia is ready to restore relations with NATO solely based on equality.

"Our Serbian friends have confirmed to us they will decide whether to participate in an event proceeding from whether that event is anti-Russian, and if it is, would not be involved. We appreciate that position, as we respect also the position of the Serbian leadership about the country's military neutrality," said Lavrov.

He added that he saw "nothing unusual" in a recent agreement that Serbia ratified and signed with NATO.

Dacic addressed the same news conference to say that the issue of Serbia's membership in NATO is not being raised in Serbia, and that Serbian citizens do not want it.

Dacic added that Serbia pursues a policy of military neutrality and will remain at the Partnership for Peace level when it comes to cooperation with NATO.