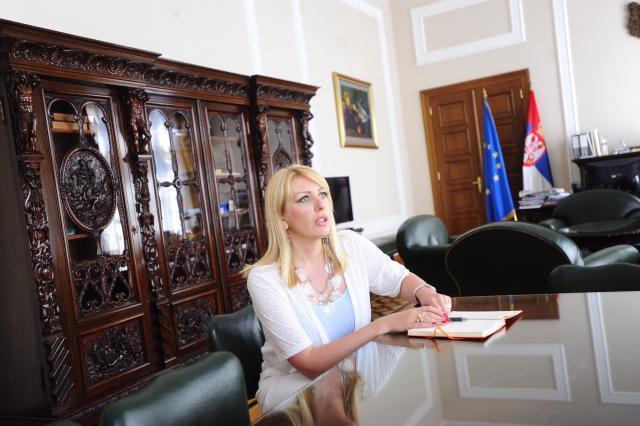 Serbia is pro-active and positive in this regard, and it wants progress and European prospects to be a path not only for itself, but the entire region as well, said the minister without portfolio in charge of EU integration in the current Serbian cabinet.

"It is what will give political and economic stability to us all, and that is significant for progress. There is no progress without stability. We spoke about having to be united despite being different - united towards the objective of progress and around the idea guiding us all," Joksimovic told reporters after the opening of a conference titled "Cooperation on the Drina River - Cooperation in Europe."

Serbia's European integration is for the medium-term and will not happen overnight, but it is the government's strategic orientation in order to ensure a better life for Serbian citizens, she said at the conference, also attended by representatives of Bosnia and Herzegovina, Montenegro and Slovenia.

"The Drina River should connect us instead of separating us, it should be a symbol of bringing together that which needs to be done together, so we are all better off, regardless of what side of it we are," said Joksimovic.