British ambassador on why Prince Charles is visiting Serbia

British Ambassador to Serbia Denis Keefe says that now is an excellent moment and opportunity for the visit of Prince Charles and Duchess Camilla to Belgrade. 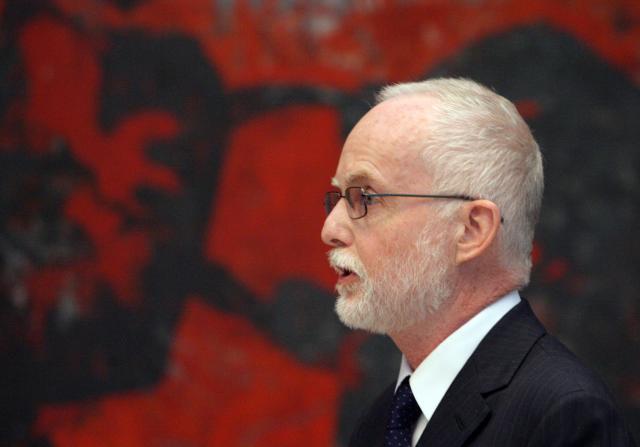 He added that now is the right moment so that we can remember the most solid part of the common history and on these foundations build quality relationships in the future.

According to him, the most important visit from the United Kingdom since 1978 is a strong introduction to a year during which 180 years of official diplomatic relations between Serbia and Great Britain will be marked, 180 years, as he said, of turbulent history of relations, relations that have had their ups and downs, but whose diversity and richness and depth never came into question.

Serbia and the entire region are at an important moment when millions of citizens expect primarily messages of reconciliation, understanding and hard work together on a prosperous and peaceful future, Keefe wrote in article published by Politika daily.

Keefe said that since it was announced that their royal highnesses would visit Serbia, public interest has been huge, while most frequently p questions include whether there is more to the visit that protocol, and why it is taking place now.

He explained that visits of members of the royal family are never just a matter of protocol.

It is true, the ambassador explained, that by nature they differ substantially from classic ministerial, or political visits, but a closer look at the program shows that this visit has important value messages and a lot of symbolism.

At the beginning of the official program the prince and President Nikolic will visit the memorial to the Defenders of Belgrade and the Commonwealth Military Cemetery to pay homage to the joint struggle, trials and sacrifices of soldiers, but also of the citizens of Serbia and Great Britain during World War II.

The British diplomat said that the prince of Wales is a big advocate of dialogue between the world's largest religions.

The prince, he added, will participate in the conversation of leaders of five local church communities and meet separately with Patriarch Irinej.

The prince will, among other things, visit the Temple of Saint Sava, whose history also links the peoples of Great Britain and Serbia, said Keefe, adding that the visit will thematically and symbolically link many other interests of Prince Charles and Duchess Camilla and put them in the context of British-Serbian relations.

The government announced on Tuesday that Prime Minister Aleksandar Vucic will welcome British Prince Charles and his wife tomorrow, while the president's office said Tomislav Nikolic and his wife would meet with them during the day.