PM Vucic speaks about his relationship with media

The insajder.net website has been launched by publishing an interview with Prime Minister and SNS party leader Aleksandar Vucic. 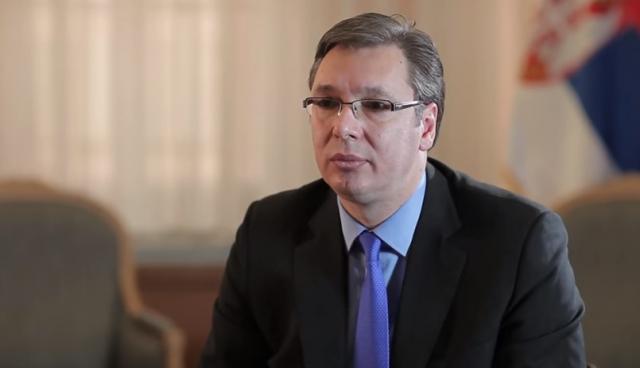 In a 24-minute conversation, journalist Irena Stevic insisted on questions covering Vucic's relationship with media, including on a clarification of what he meant when he once divided journalists into "(ours and) yours."

The SNS leader stressed he was in an "uncomfortable" position when it comes to his relationship with media:

"I'm in an uncomfortable position, because I have the experience of someone labeled as the worst villain from 1998, whatever I say, they say, 'aha, you're one to talk, and we remember what happened 20 years ago' - and so I find it easier to endure hearing the worst nastiness about me and my family than to talk about the media too much. And yet it happens to me to fall into the trap and say what I feel and think at some point, which is wrong."

When the reporter said that no government so far has accepted the control role of the media, and when asked it he was ready to do that, Vucic replied:

"A man is only flesh and blood and sometimes perhaps overreacts to what he knows is not true. It sure happens to me too. (...) I hope that in the coming years, whether I'm in the opposition or in power, I will learn to better accept that sort of not only criticism but also of negative attitude, to better understand and live with it, without that strain and without exhibiting anger or sulking."

The reporter then reminded Vucic that he also accused investigative journalists of doing the bidding of their doors, and that he on one occasion referred to those from the BIRN publication as liars.