"June sounds like a realistic timeframe for Serbia to open (EU accession negotiations) rule of law chapters 23 and 24," EP's rapporteur for Serbia has said. 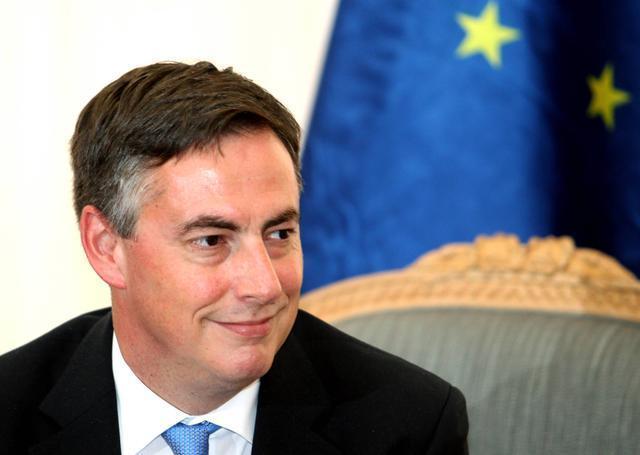 "The rule of law chapters 23 and 24 should be opened as soon as possible in order to help Serbia to continue on its path towards the European Union. I believe that the opening of these chapters in June is realistic," David McAllister told the CorD Magazine in an interview, and added:

"The negotiations of chapters 23 and 24 cover a wide variety of aspects of justice, domestic security, fundamental rights and the fight against corruption and organized crime. These chapters are to be opened early in the process and closed at the end, to allow maximum time for solid track records to develop with the aim of reforms being irreversible."

The European Parliament (EP) recently adopted a resolution on Serbia proposed by McAllister, which the magazine said was "generally very positive" and one that "clearly states that Serbia’s EU accession process is closely linked to the normalization of relations with Kosovo" while "in the long run, Serbia should align its foreign policy with that of the EU, including its policy on Russia."

"Serbia’s EU accession process is linked closely to the normalization of relations with Kosovo. Serbia is engaged in the normalization process and finalized key agreements on August 25, 2015. These agreements marked another significant step forward towards further normalizing relations between Serbia and Kosovo. Both sides must now move forward with the full implementation of all agreements already reached, in good faith and in a timely manner," he said.

According to him, this also applies to the formation of the Community of Serb Municipalities:

"The formation of the Association/Community of Serb Municipalities forms a key part of the Brussels Agreement. Both sides should foster its implementation."

When the interviewer observed that "it seems that all dialogue ultimately boils down to the issue of recognizing the independence of Kosovo," the German MEP replied:

"Due to five member states not recognizing Kosovo’s independence, this issue remains at the center of controversial debates; also in the European Parliament. The Belgrade-Pristina dialogue is about the comprehensive normalization of relations. This is the term used in the conclusions of the European Council and in the negotiation framework. At the end of the negotiations, a legally-binding agreement has to be reached."

Asked why he "once again had not missed the chance to draw the attention of Serbia to the need to harmonize its foreign policy with that of the EU, especially when it comes to the relationship with Russia - if this is an obligation that should be implemented gradually, ending with membership in the EU, which is still a long way off for Serbia," McAllister said:

"The European Parliament calls in its resolution on Serbia to progressively align its foreign and security policy with that of the EU, including its policy on Russia. We have therefore made it clear that a gradual alignment is requested. However, EU accession is a process and requirements cannot be met overnight."

He was then asked why he thought it important and suggested in the resolution that a single military exercise with Russia was particularly concerning, "even though there have been numerous examples of military cooperation between Serbia and NATO".

"Serbia’s cooperation with NATO is most welcome and I am aware that Serbia has traditionally strong ties with Russia. However, after the illegal annexation of Crimea by Russia and the events in eastern Ukraine, Serbian-Russian joint military exercises don’t send out the right signal. The resolution is very clear on this: '... (EP) considers conducting joint Serbia - Russia military exercises as regrettable'.”

Speaking about the migrant crisis, McAllister "commend the efforts of the Serbian government, as well the Serbian people, to cope with this extraordinary situation," and added, "Better sooner than later, Serbia should be part of a common European solution."

He also believes that the migrant crisis should not jeopardize the Schengen area, "one of the greatest achievements of the EU":

"We ought to remain committed to Schengen but, as a consequence, our external EU borders must be secured in a more effective way. That would obviously also be beneficial for Serbia. Visa liberalization for Serbia was an important step for the country on its path towards the European Union and is not brought into question."