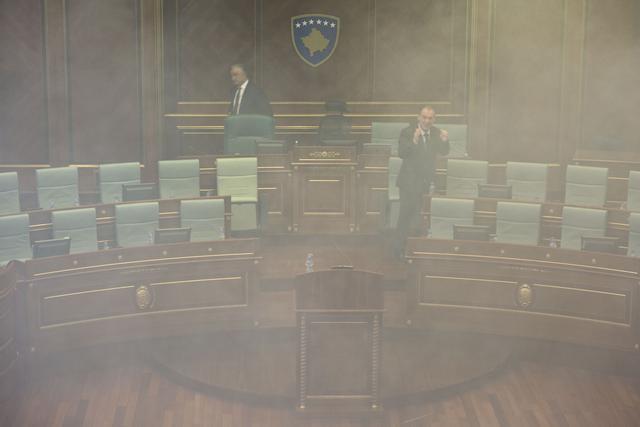 Tear gas is activated in the assembly on Friday (Beta)

Among those voting for Thaci, PDK party leader and currently a deputy PM in the Kosovo government, were reportedly the Serb (Srpska) List MPs, whom he thanked in his first address.

However, speaking over the weekend, Serbian Prime Minister Aleksandar Vucic denied this.

Thaci was elected by garnering 70 votes from the 80 members of the assembly that were present when the voting took place.

Earlier in the day, opposition deputies used tear gas inside the hall twice in protest of Thaci's nomination. After a Self-Determination member of the assembly was arrested for activating tear gas, opposition supporters clashed with the police outside the building.

The protesters thew Molotov cocktails at the police, who responded with water canons, and tear gas. 12 persons were injured during the unrest.