Sladjana Stankovic and Jovica Stepic - employees of the Serbian embassy in Libya kidnapped last year - have "probably been killed in a U.S. airstrike." 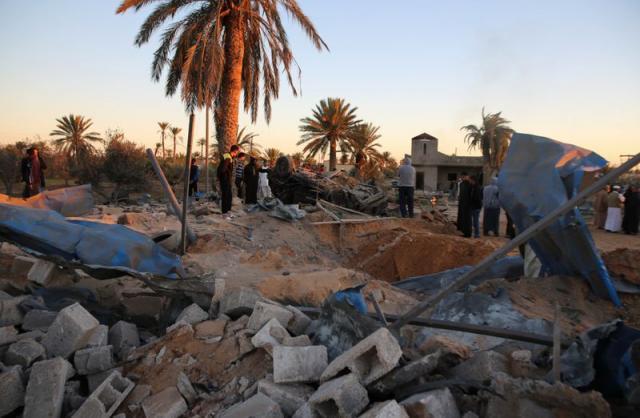 This was announced on Saturday by Serbia's foreign minister, Ivica Dacic. Speaking later in the day, Prime Minister Aleksandar Vucic confirmed that the two Serbians are among the victims.

Earlier, Dacic said their families had been notified and that the information is being checked "since last night" while "a formal confirmation is now awaited from the Libyan authorities - but based on photographs and intelligence data it has been determined that the Serbian nationals are among those who died in the attack."

He added that Serbia would "ask for an explanation from the U.S. and Libyan authorities and will work on determining who is responsible."

The minister said that "a note" would be sent to Washington, while "conversations took place at the U.S. embassy (in Belgrade) this morning."

Earlier, the Pentagon said they carried out an attack "against an IS stronghold in Sabratha" and that "the main target was a terrorist linked with attacks in Tunisia." According to the U.S. authorities, around 40 people were killed "in an IS training camp." The foreign nationals who died were not mentioned.

Serbian BIA agency Security Department chief Ivan Todorov said on Saturday that "Serbian intelligence services and partner services knew the location of the kidnapped persons and the group responsible for the kidnapping," and that "local authorities waited for the right moment to take serious action."

"According to our information this was a criminal group with ties to Islamic State (IS). American authorities have said this was a training camp. Information needs to be checked," said Todorov.

Dacic added that Serbian authorities "obtained information about the location in cooperation with foreign services, American ones among them," and that "the question now is if there was an error in communication."

Dacic said that "beside the formal confirmation the results of autopsies are also awaited to determine whether the Serbian citizens died in the airstrike or in some other way."

The minister said that the kidnappers demanded money from the families of their victims and that Serbian services were informed about this. He added there had been "hints" that the case "will be solved soon."

"If there had not been the bombing, there would not have been this outcome. The kidnappers' interest was not to kill them, their motive was purely financial. We could not fulfill it, but we continued the negotiations," said Dacic.

He added that Serbian authorities "has not received the kidnappers' demand directly, so this was not negotiated."

"We were in contact only with Libyan services and the Ministry of Foreign Affairs, as well as with foreign services," he stressed.

Speaking on Saturday, Serbian PM Aleksandar Vucic said that it was officially confirmed the two Serbian were killed in the airstrike.

He said that previously Libyan security forces "had offered Serbia to take part in a joint operation to free the kidnapped Serbian citizens," adding it would have included "about 1,000 people, among them ten Serbian operatives."

However, said Vucic, it was appraised that the operation would result in many victims and that "our citizens' lives would be endangered."

Vucic revealed he was proud of how security services in Serbia led the case, but that "force majeure occurred."

He said the U.S. ambassador in Belgrade offered his condolences, while, according to available information, U.S. intelligence services did not know there were foreign nationals in the building targeted by their military.

Vucic said that Belgrade would ask for a formal explanation from Washington.

"We received an informal reply from the CIA that they did not know, but we will also wait to receive this officially," he said.

Liaison officer Sladjana Stankovic and driver Jovica Stepic were kidnapped in Sabratha on November 8, 2015. They were taken from a convoy of vehicles headed toward Tunisia in which Serbian Ambassador in Libya Oliver Potezica was also traveling. The town consequently fell into the hands of jihadists.