Serbia needs cooperation with NATO, and only those who wish to return the country to the 17th century think this is unnecessary, says Aleksandar Vucic. 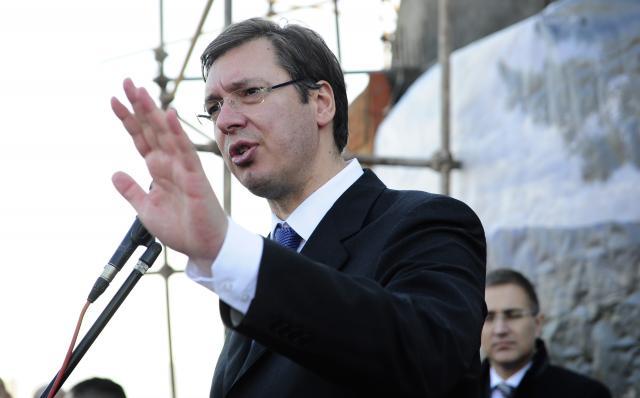 Answering reporters' questions after his party, the SNS, reached a coalition agreement with the PUPS, the prime minister said: "You who brought these agreements, don't lecture!."

Vucic stated that he "decided to respond to everyone" who in recent days voiced objections to the agreement in question - that grants freedom of movement and diplomatic immunity to NATO members - and added that "our policy is clear, and it is that we want to be an independent sovereign country that wants to cooperate both with NATO and with the Russian Federation."

"This agreement applies to members of foreign armed forces and it is the first time that the Republic of Serbia secures rights for itself that the Alliance gave to its members many years ago, that when we are going to Lebanon or wherever via the territory of some country, we are not paying duties, but are transiting just like others are here," said Vucic, adding, "these are all the things we didn't have, that we have today.."

"This agreement, according to what we have adopted, is not implemented automatically, does not allow for uncontrolled passage and stay, but to each concrete event," Vucic added, and noted, "we should be proud of that, instead of misleading and wrongly informing the people, like some do."

Vucic also said that he would propose his candidate for Serbia's new defense minister on Saturday - the legal deadline for him to do so after the dismissal in the National Assembly earlier this month of Bratislav Gasic.